The brand new Canon 5D mark 4 is a wonderful new camera with a modern 30 megapixel full frame CMOS sensor and all of the advanced features you’d expect to see in a 2016 release model. The Leica S2 on the other hand is an ageing medium format DSLR announced at the end of 2008. It features a 37 megapixel CCD sensor that is 56% larger than full frame.

When I bought the Leica the world of full frame cameras was much different. Now that full frame sensors have caught up in pixel resolution, I decided to pit them against each other to measure all of the qualities that don’t appear on a spec sheet. 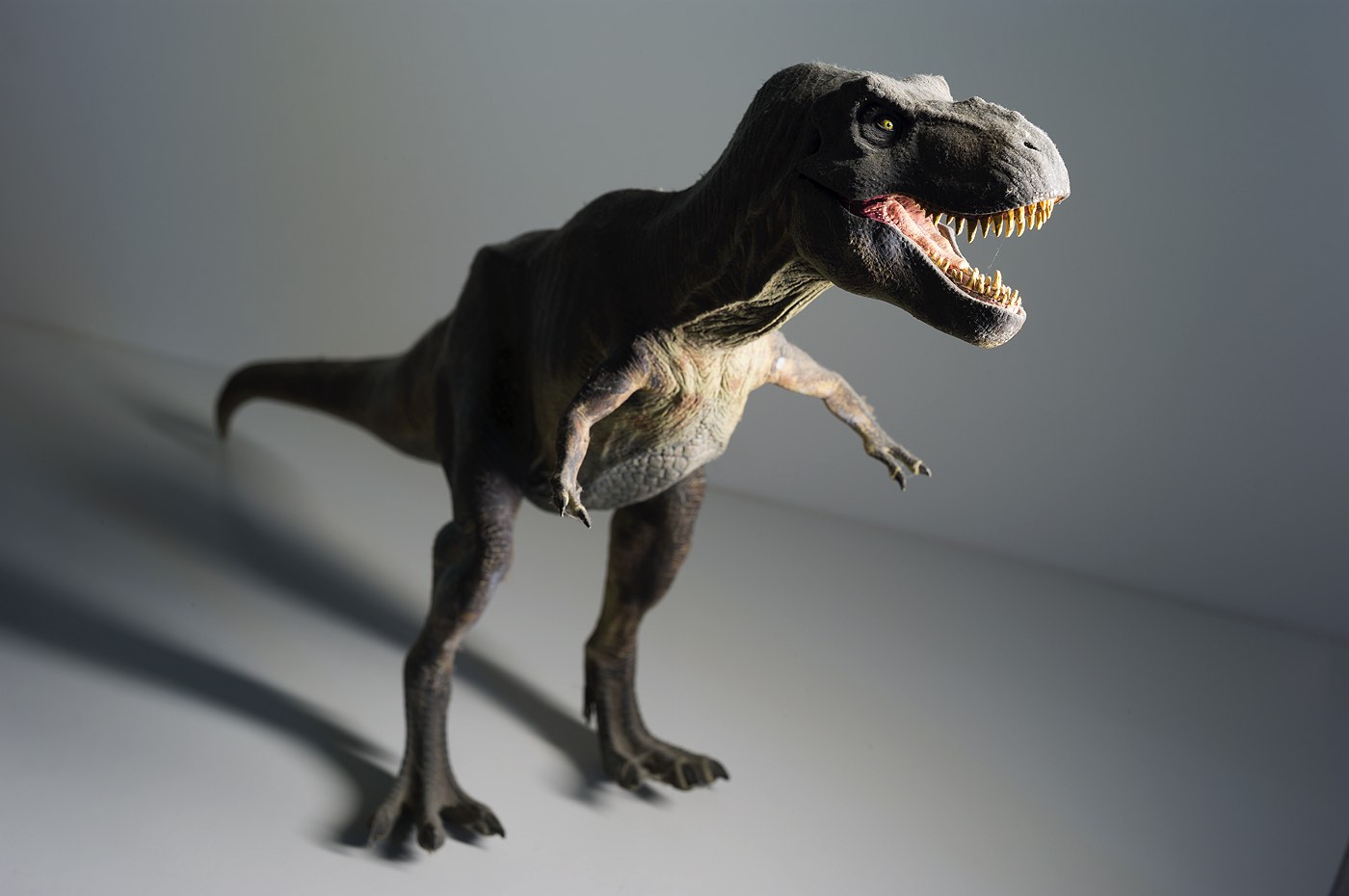 The 100% crop samples below are to demonstrate the differences in the sensor technology used in both cameras.

Click on the images to open them up at the native resolution on your device.

At base ISO both cameras have extremely good noise performance. When I bought the Leica S2 the full frame cameras were falling extraordinarily short of the performance at base ISO of the medium format CCD. The 5D mark 2 in particular had terrible shadow banding at base ISO which lead many users to avoid it. That gap is now gone.

The resolving power of the 5D mark 4’s sensor still seems to be limited heavily by the built in anti-aliaising filter. It is very clear to me that the fine detail of the Leica surpasses that of the Canon. Add to that the overall performance of the Leica lens for producing a wonderfully low contrast image and the file quality of the Leica sensor wins this round. 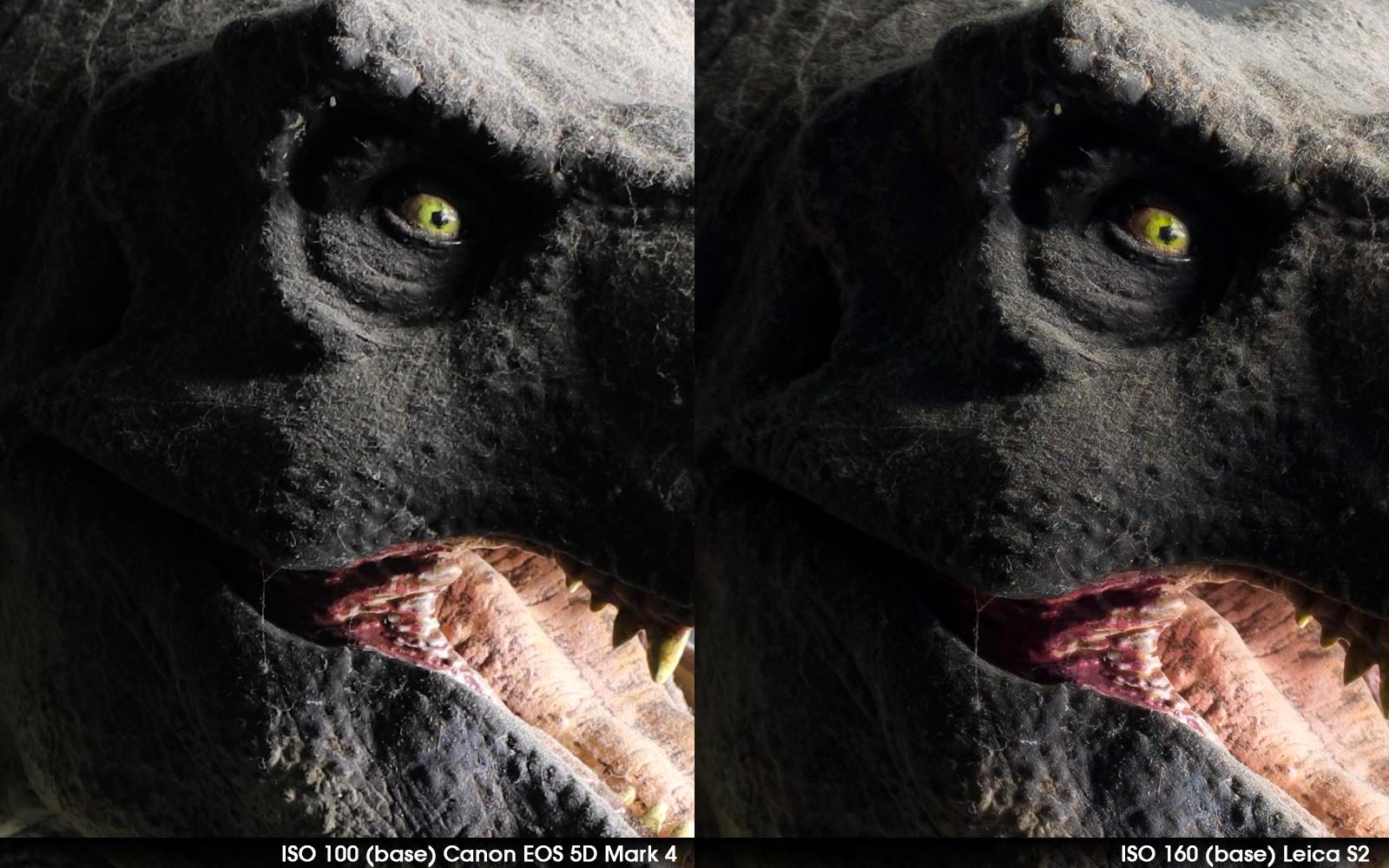 The next step was to take both cameras to the maximum ISO of the Leica’s sensor, which is a paltry 1250. The performance of the canon seems almost indistinguishable from its base ISO. The Leica on the other hand has deteriorated enormously in both detail and colour reproduction. Observe the detail in the deep shadows as well has the red colours around the eye of the model.

It is worth noting that the CCD in the Leica has reached the limit of what it can do here, while the 5D’s CMOS casually carries on to an ISO of 32,000. At 6400 the 5D still performs better than the Leica at 1250. 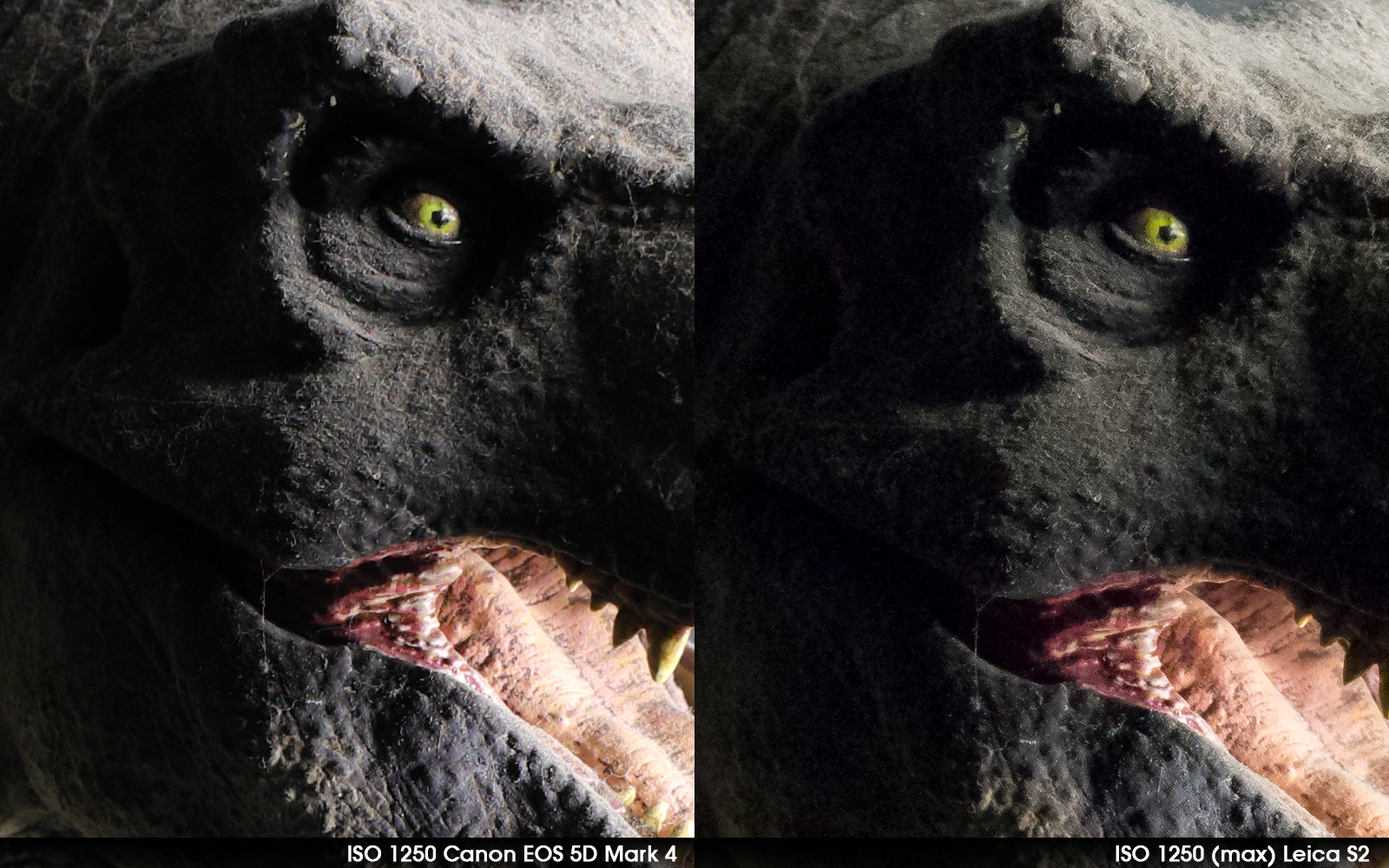 The next test I wanted to do was to pull the shadows up from base ISO. The canon performs better on both noise and bit depth at the deepest ends of the shadow however the Leica maintains an overall sharper and detailed image. At the moment I am limited to using Canons DPP software for raw processing while the Leica is processed with Adobe’s ACR. It is therefore important to note the overall differences which may not be obvious when processed with the same software. 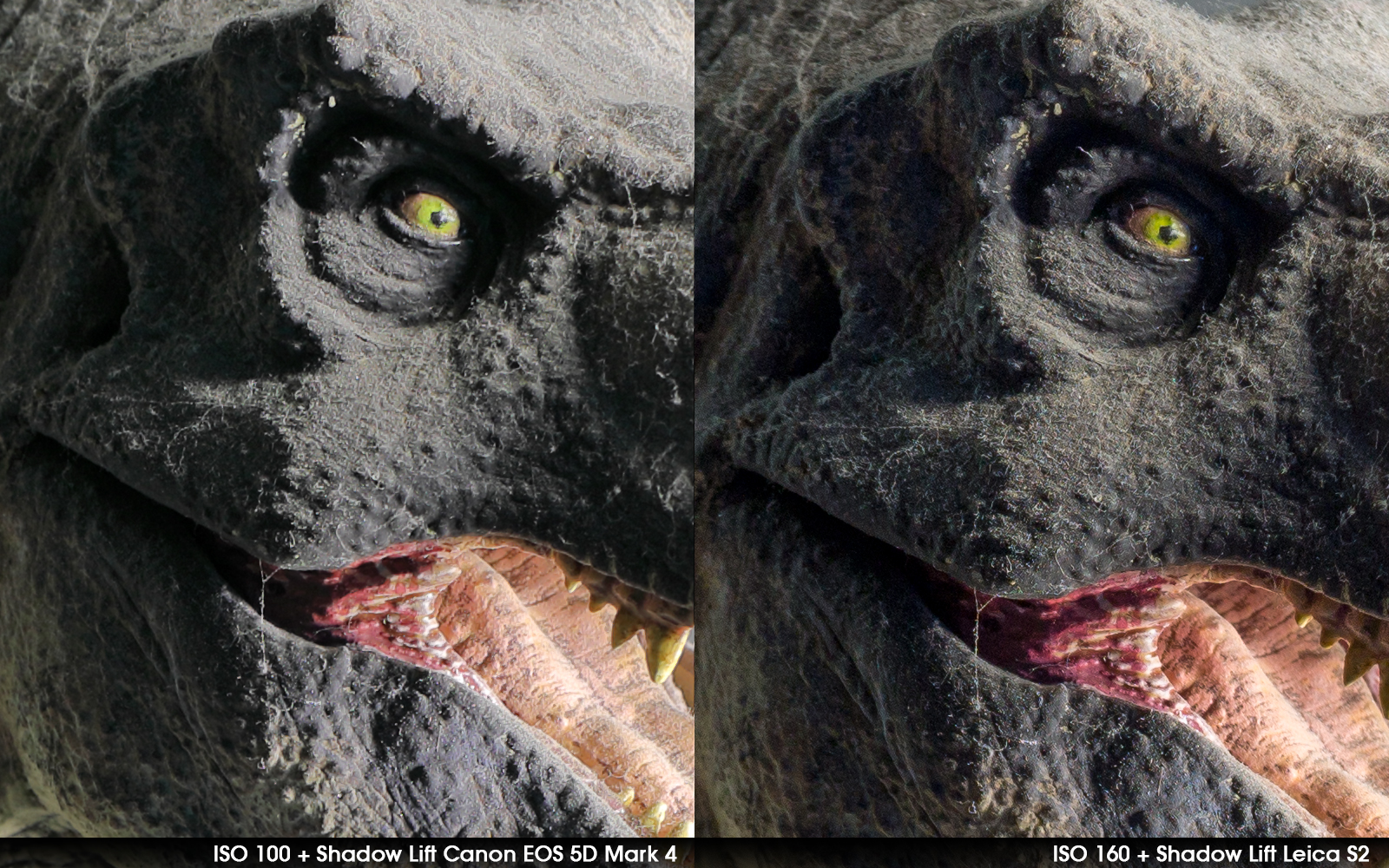 For this round at least, it is important to remember that picking the right tool for the right job is important. The new technology in this generation of Canon’s sensor means that for everything above base ISO it produces a nicer result. However, if base ISO is what you are needing, then the Leica is still a higher quality sensor. This is what I expected to see from the CCD. The Leica CCD coupled with the wonderful Leica S lenses can resolve single pixel wide details. The Leica S2 can be purchased today for a price similar to the 5D mark 4, however S lenses will set you back more.

The best use of a camera is for what it does best. I use the Leica for landscape photography where I almost always have it on a tripod, shooting at base ISO, and using multiple exposures to get the very best data for the dynamic range of the scene. I continue to use Canon cameras for shooting events and portraiture, where the high ISO performance is important and the softer appearance is beneficial for capturing skin tones. I am also a massive fan of the Canon EOS-M, not because of its weaknesses, but because of its strengths.

What I find intriguing is what the result will be when the next 5DSR is released designed with the current generation of Canon’s CMOS sensor. It is very possible that it will exceed the Leica’s ability at that point.

The S2 is a 7 year old camera. The current S model, the S type 007, uses an advanced CMOS sensor that could compete with the Canon’s CMOS sensor at higher ISOS.

The Nikon D810 has the capacity to match it and lacks the anti-aliasing filter that holds the Canon back, but fails also due to resolving power limitations as tested by Richard Caplan.

Below is two of my favourite images taken with the Leica S2, plus a 100% crop that demonstrates the incredible detail captured by the CCD sensor. 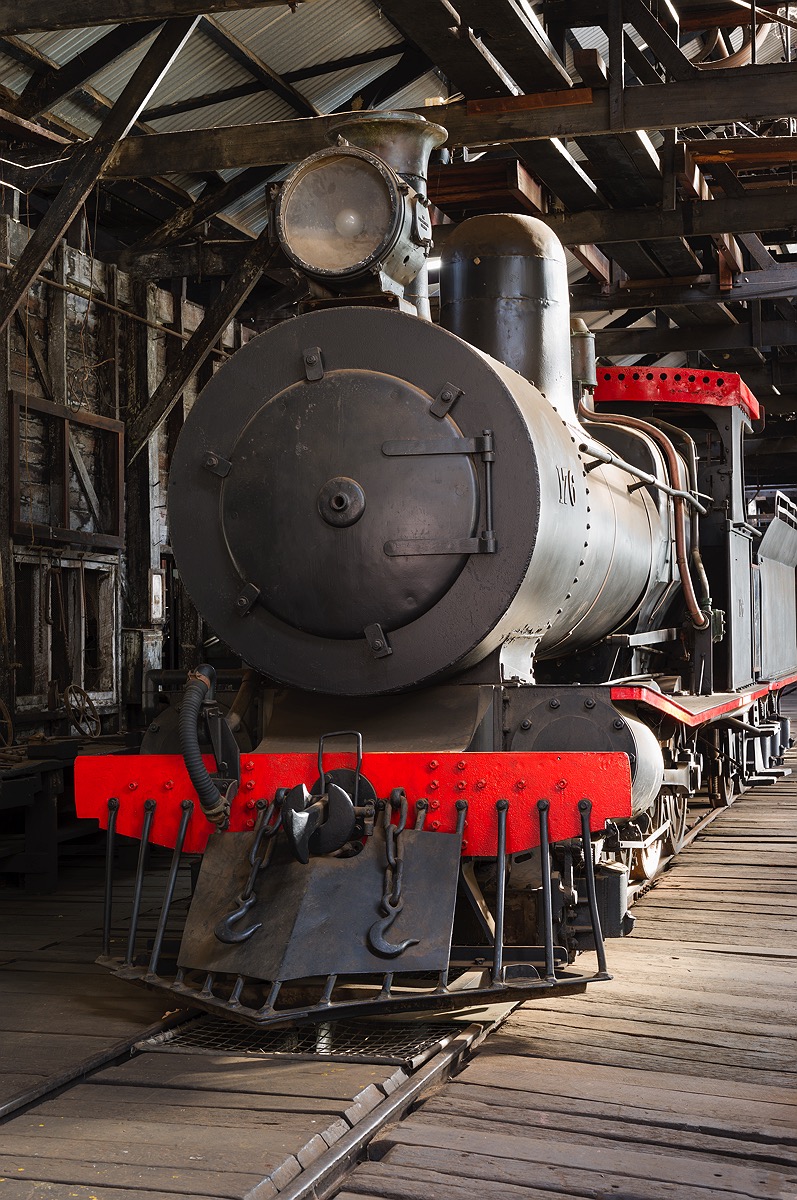 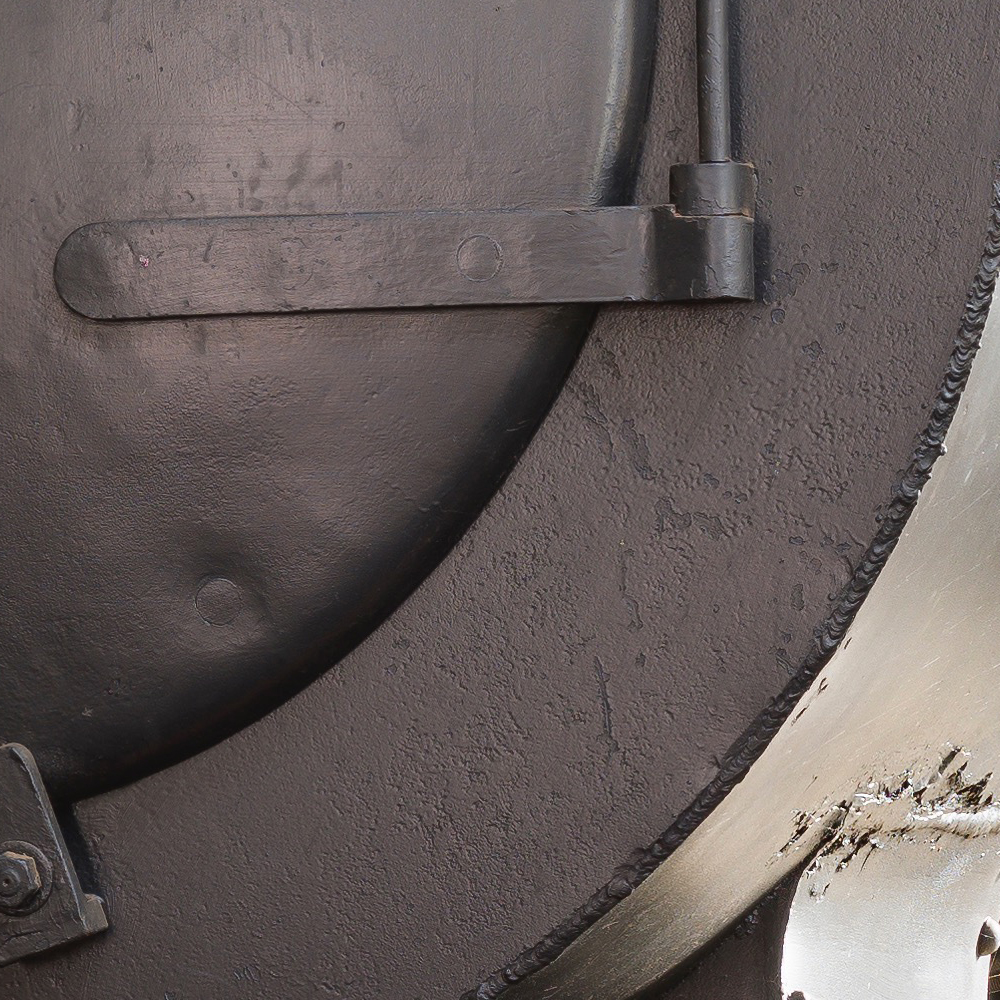 The image below not only demonstrates the detail achieved, but it also demonstrates a full lift of the shadows just to the right of the water channel. 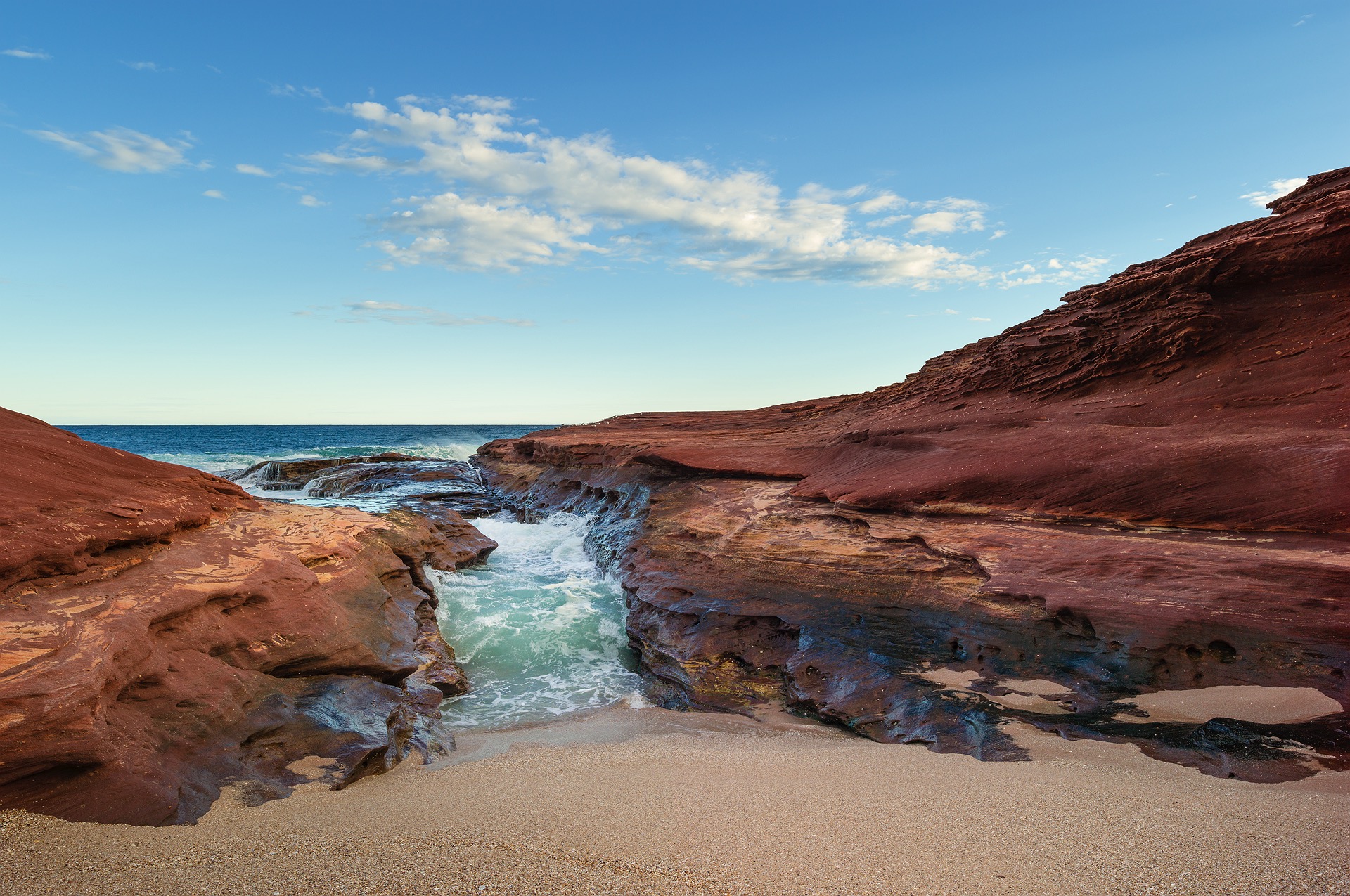 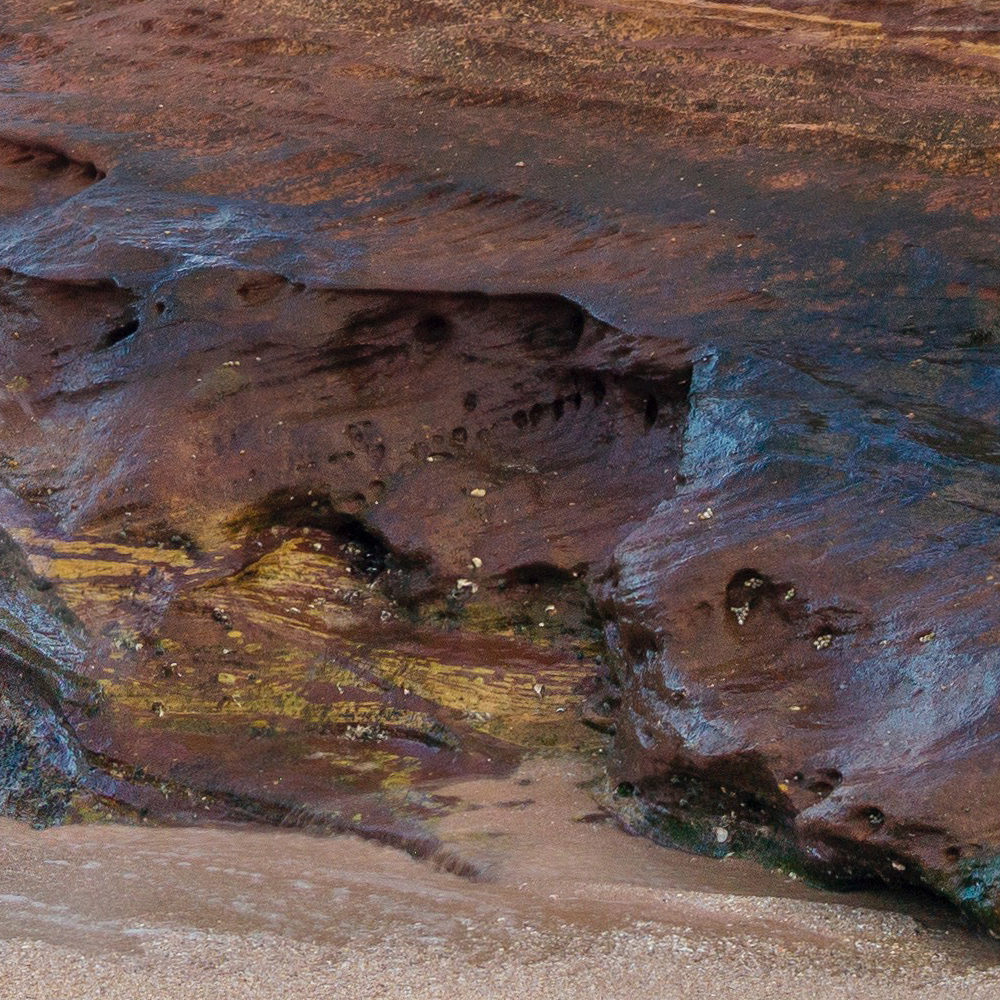