I remember when I was young, floating on my back in a swimming pool and watching a splash of water rise above the shadow of the house and into the light of the setting sun. The bright droplets of water against the darkening sky always captivated my imagination. As I grew older I noticed everyone losing that sense of wonder while mine grew and became more of an obsession. Ever since then I have traveled Western Australia, using a car and a camera as a tool for finding and refining that sense of wonder.

In Broome at the top end of this enormous state, I watched tours of camel riders journey across Cable Beach at sunset. I photographed them as a silhouette. I enjoyed the way the wet sand of cable beach reflected the image beneath them. Did they enjoy their evening as much as I did? 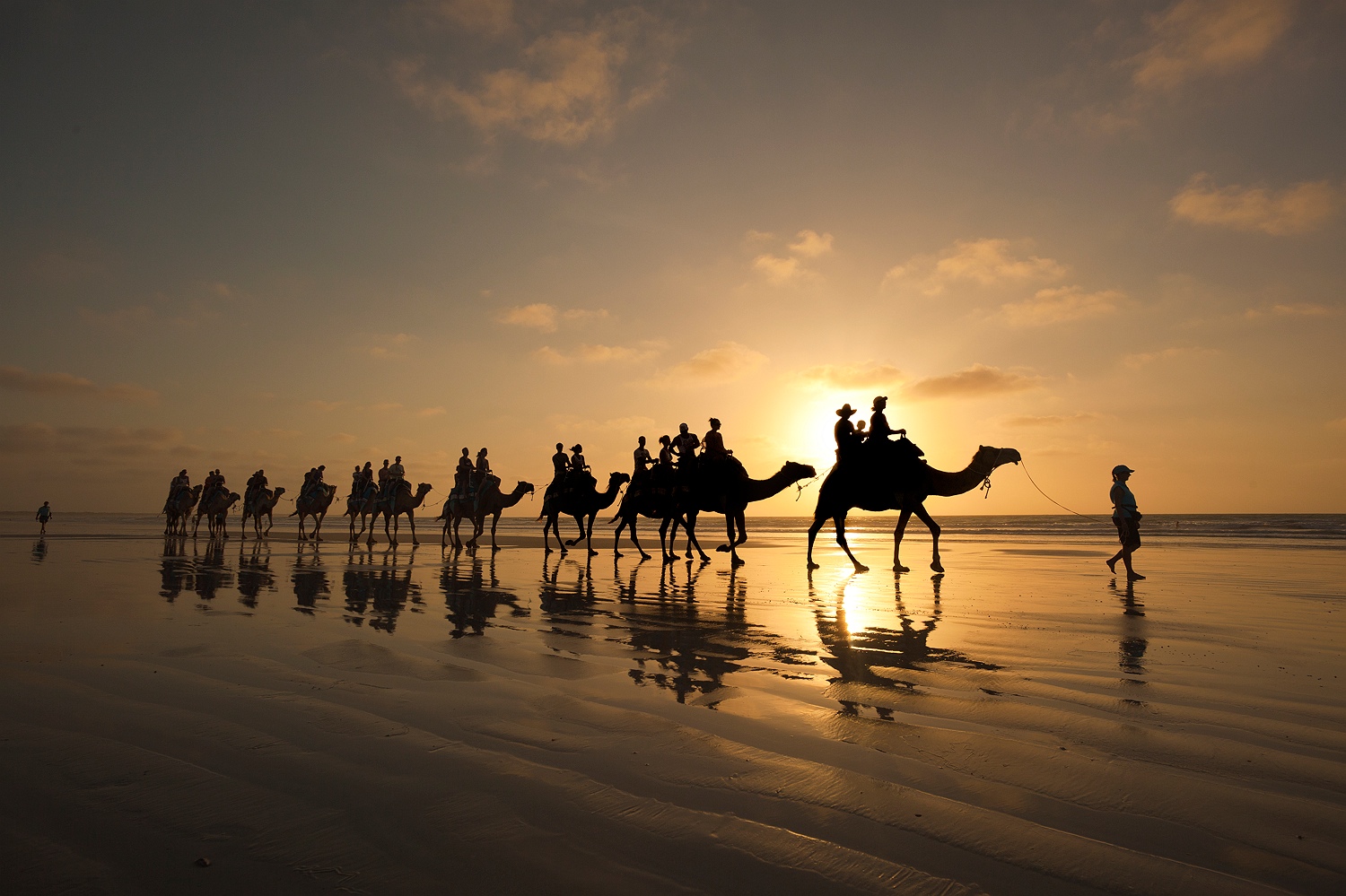 In Bunbury in the south-west region of the state, black volcanic rocks created a channel for water to rush into as the sun went down behind it. The clouds gave me the same chilling sensation that I experienced as a kid in the pool. 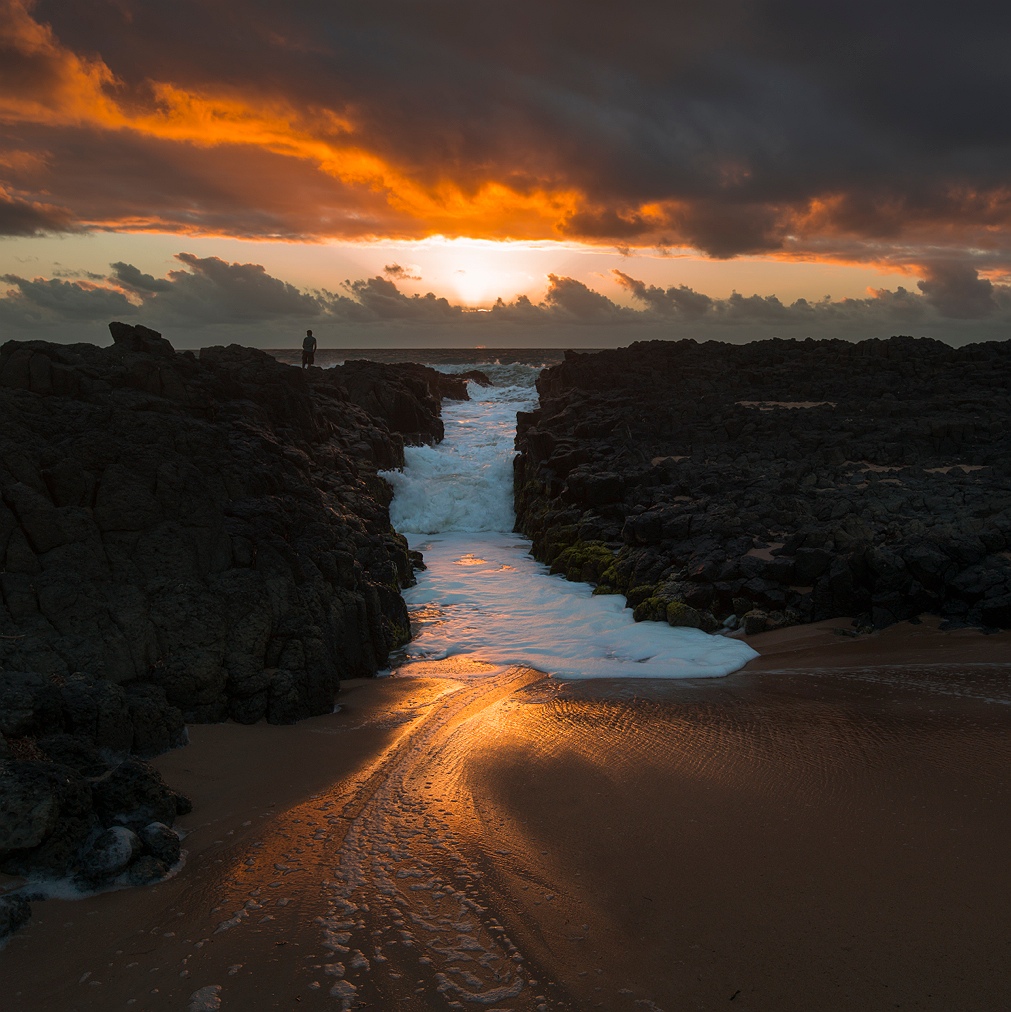 Cape Range National Park is a land shaped by the flow of water. The sun powers the movement of water across the planet through evaporation and precipitation. 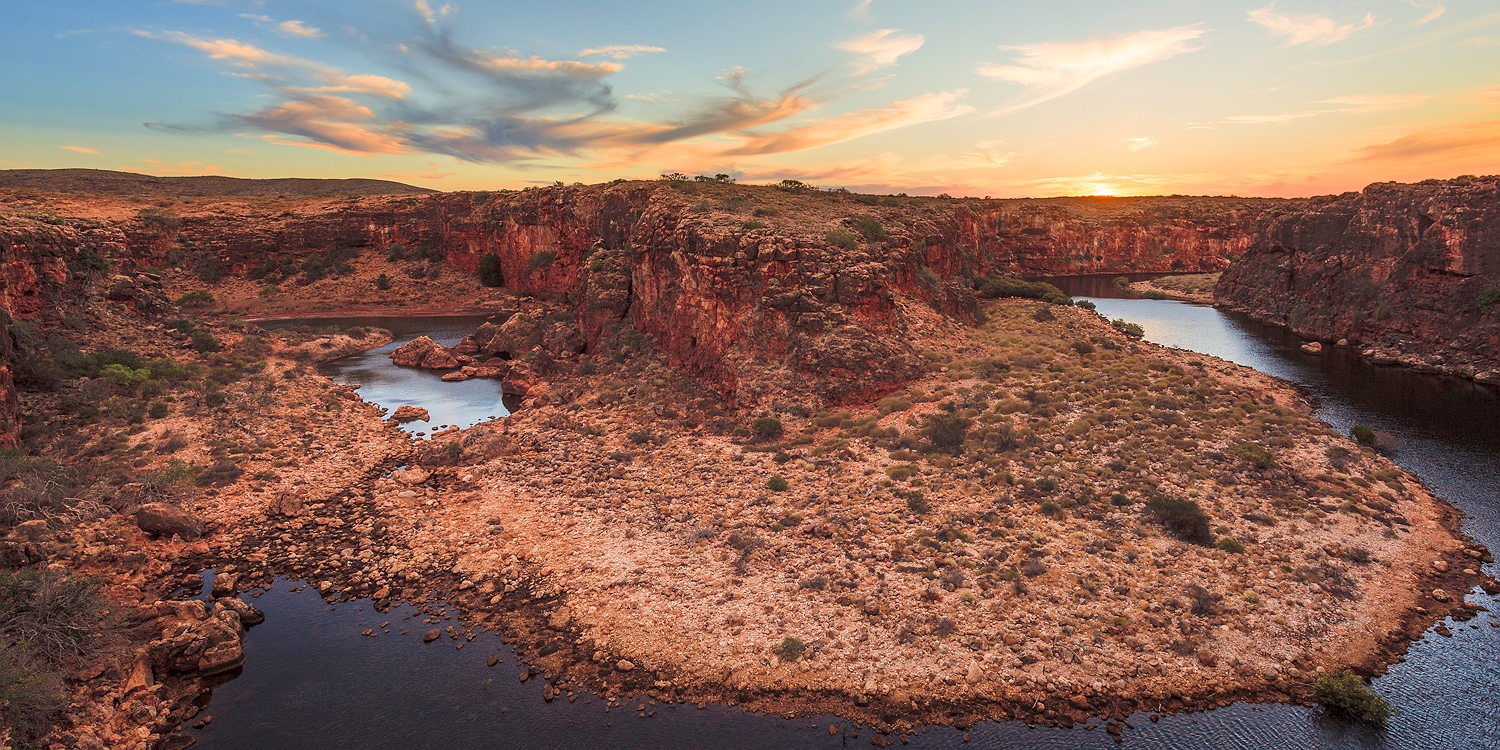 In Kalbarri I watched the sun rise through Natures Window. It is no wonder that humans worshiped the sun for so long. As the sun rises, nature wakes up. 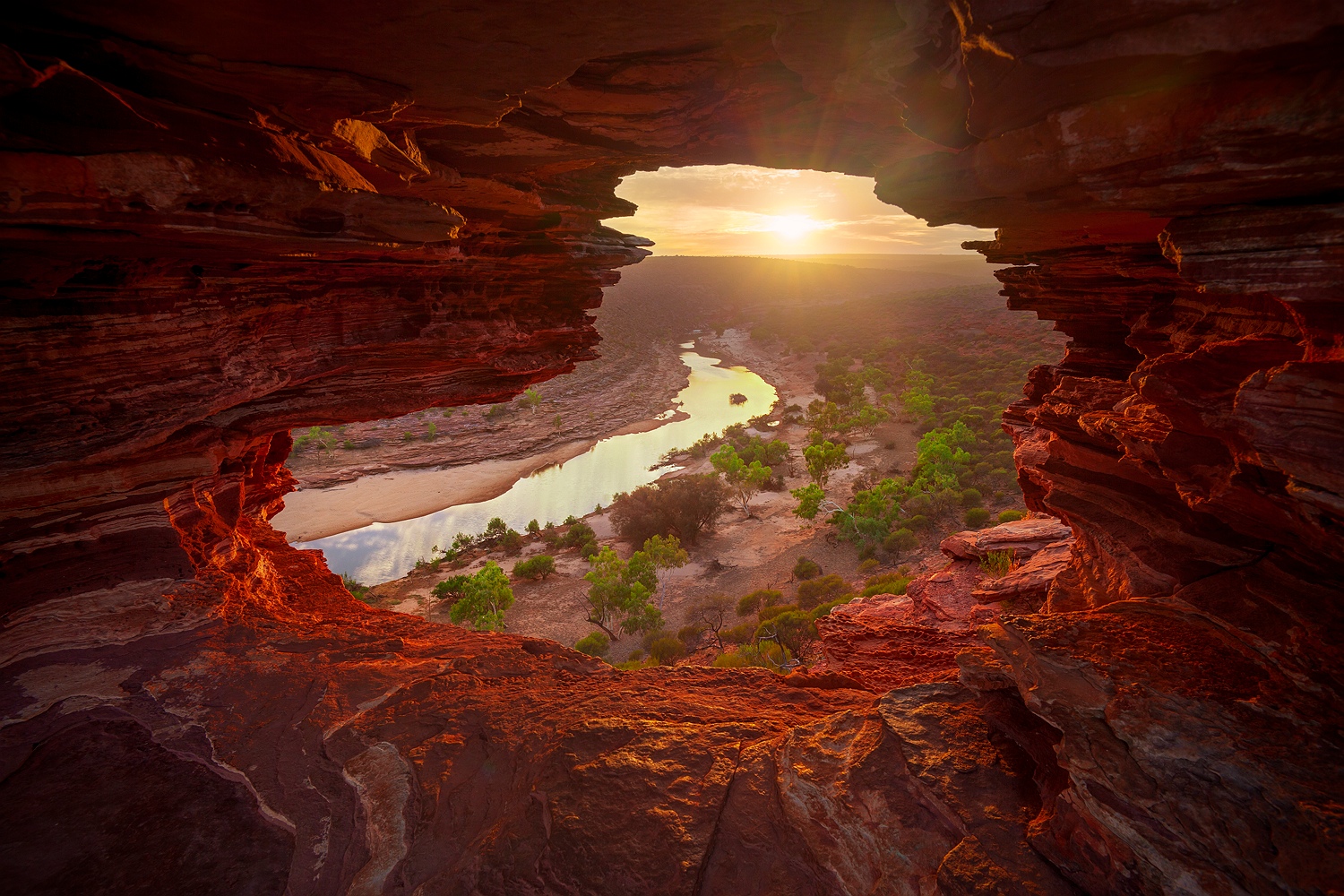 The land crumbling into the sea. We only get to see a single frame of the movie that is the Earth. 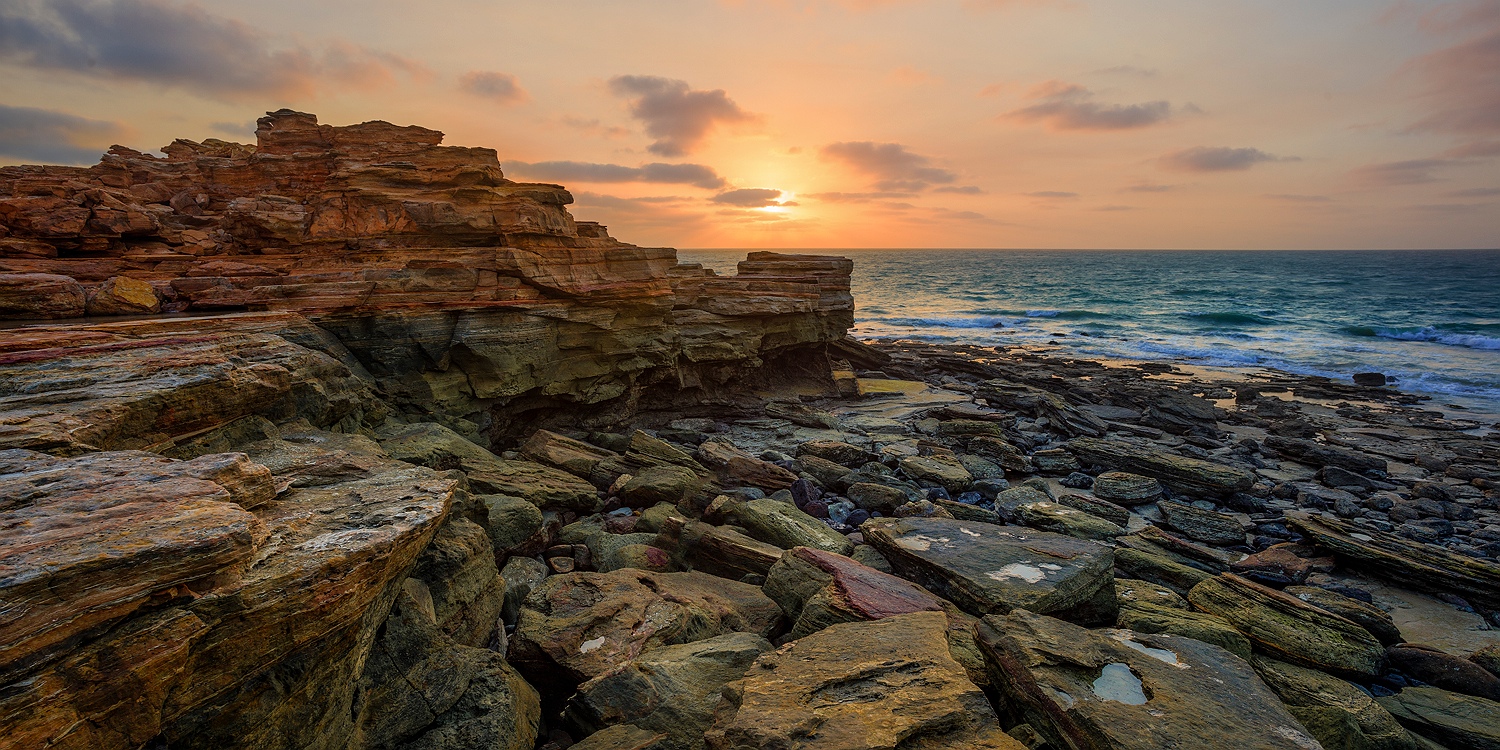 From Harvey in the south-west I watched the sunlight shining through a thick haze of smoke from a nearby bushfire. The intense heat of the summer months makes the threat of bush fires very dangerous for those of us that live in the bush. 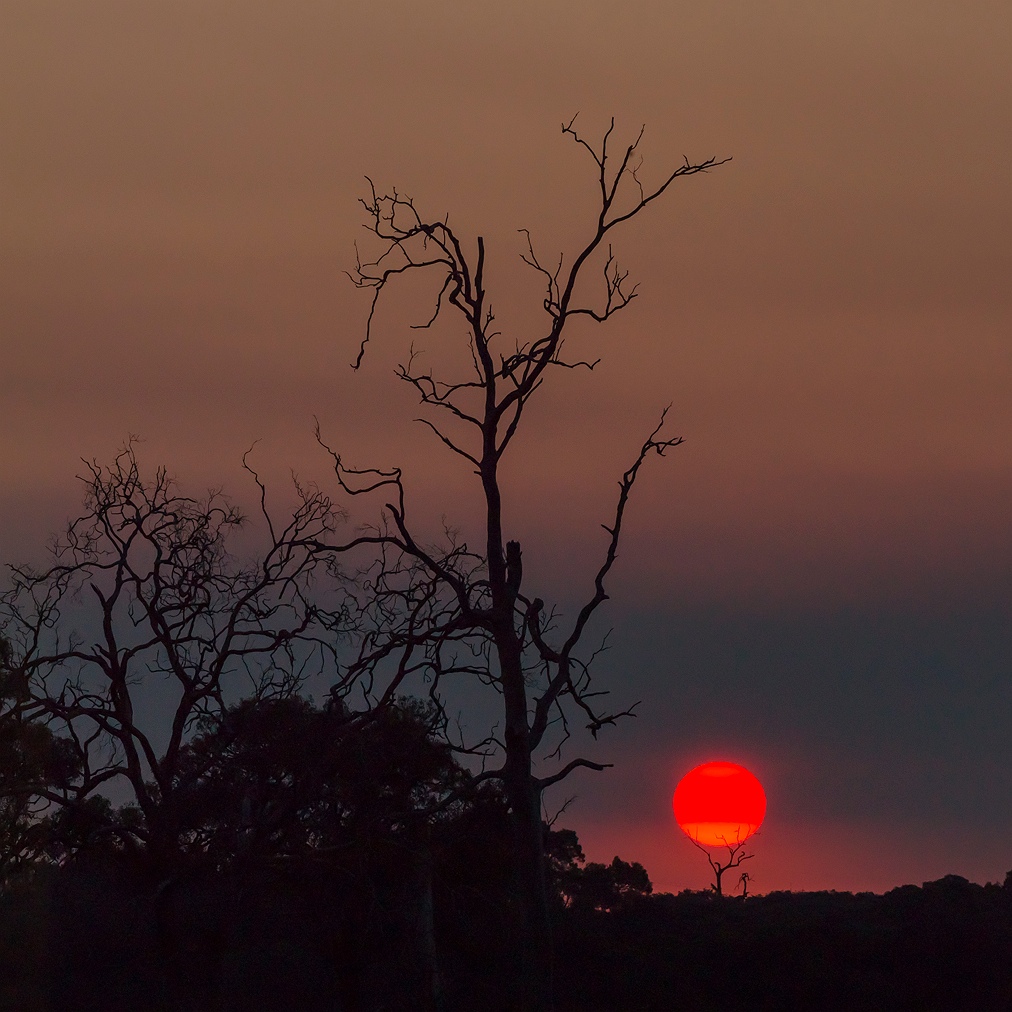 In Perth, we built a city around the Swan River. Life here depends intrinsically on the water that the sun dumps on the land. 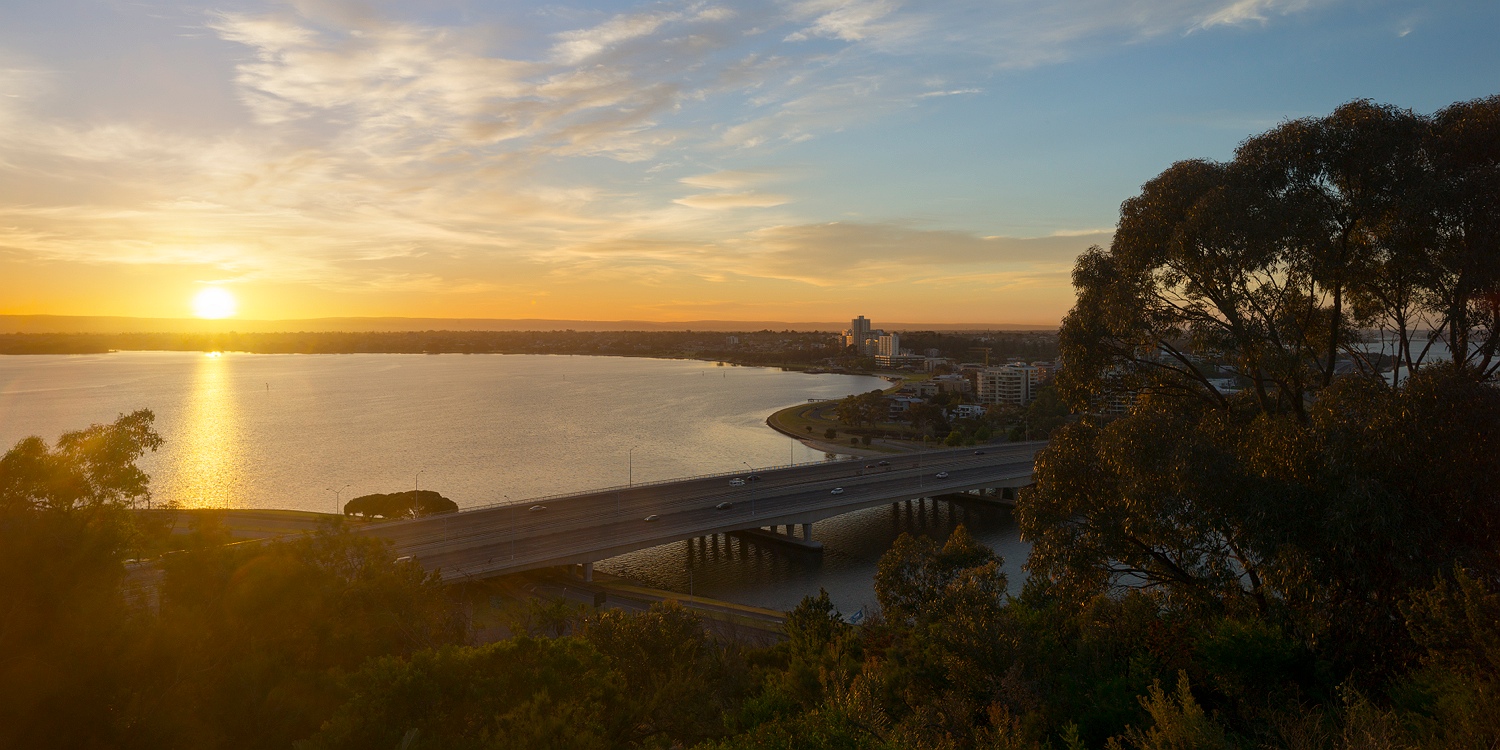 At a spot called Elephant Rocks on the southern coast, I watched the sun disappear from view as the steady rhythm of the ocean crashed onto the rocks around me. 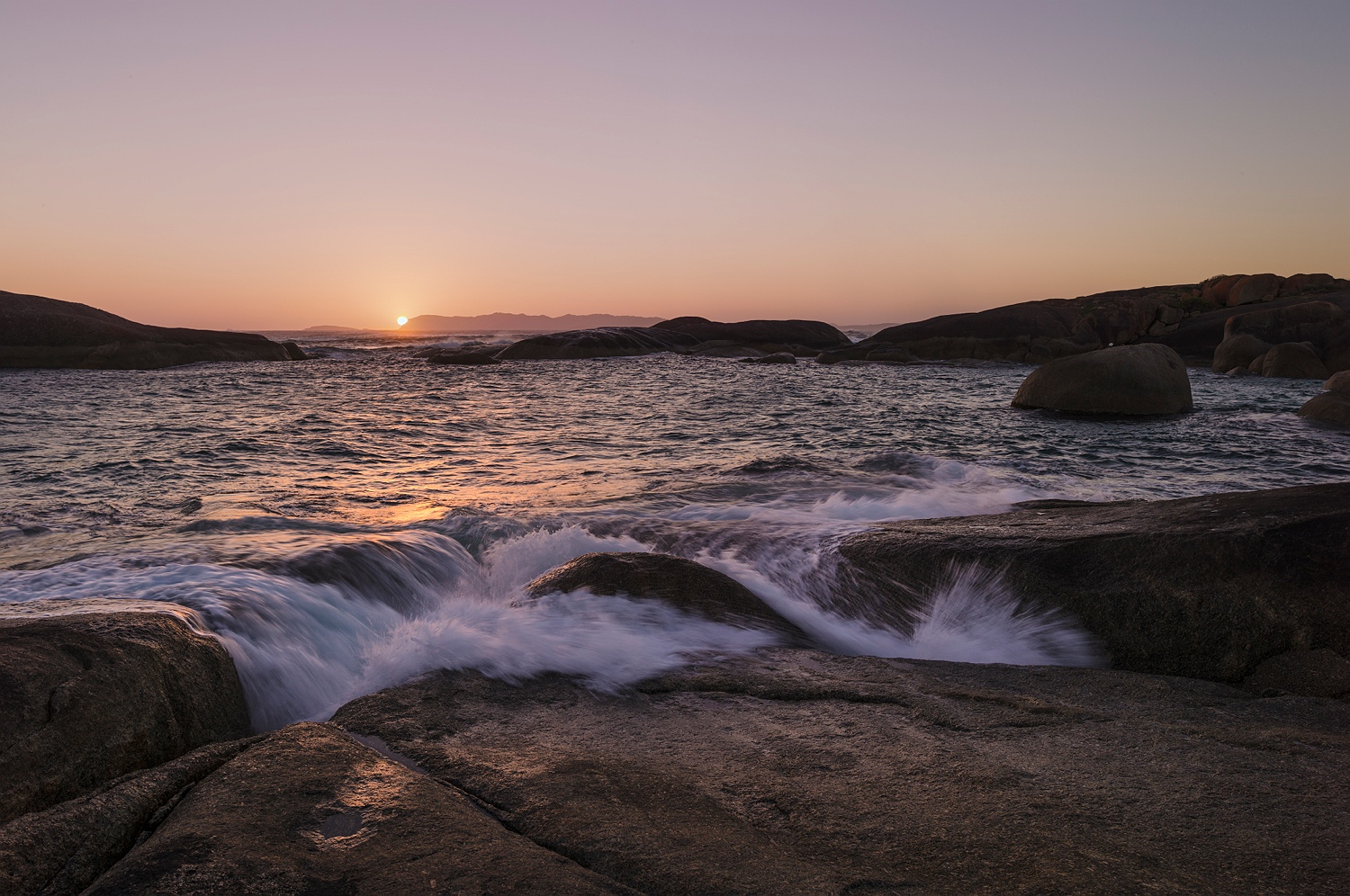 And then did the same thing a few hundred kilometres away at Sugarloaf Rock on the south-west coast. 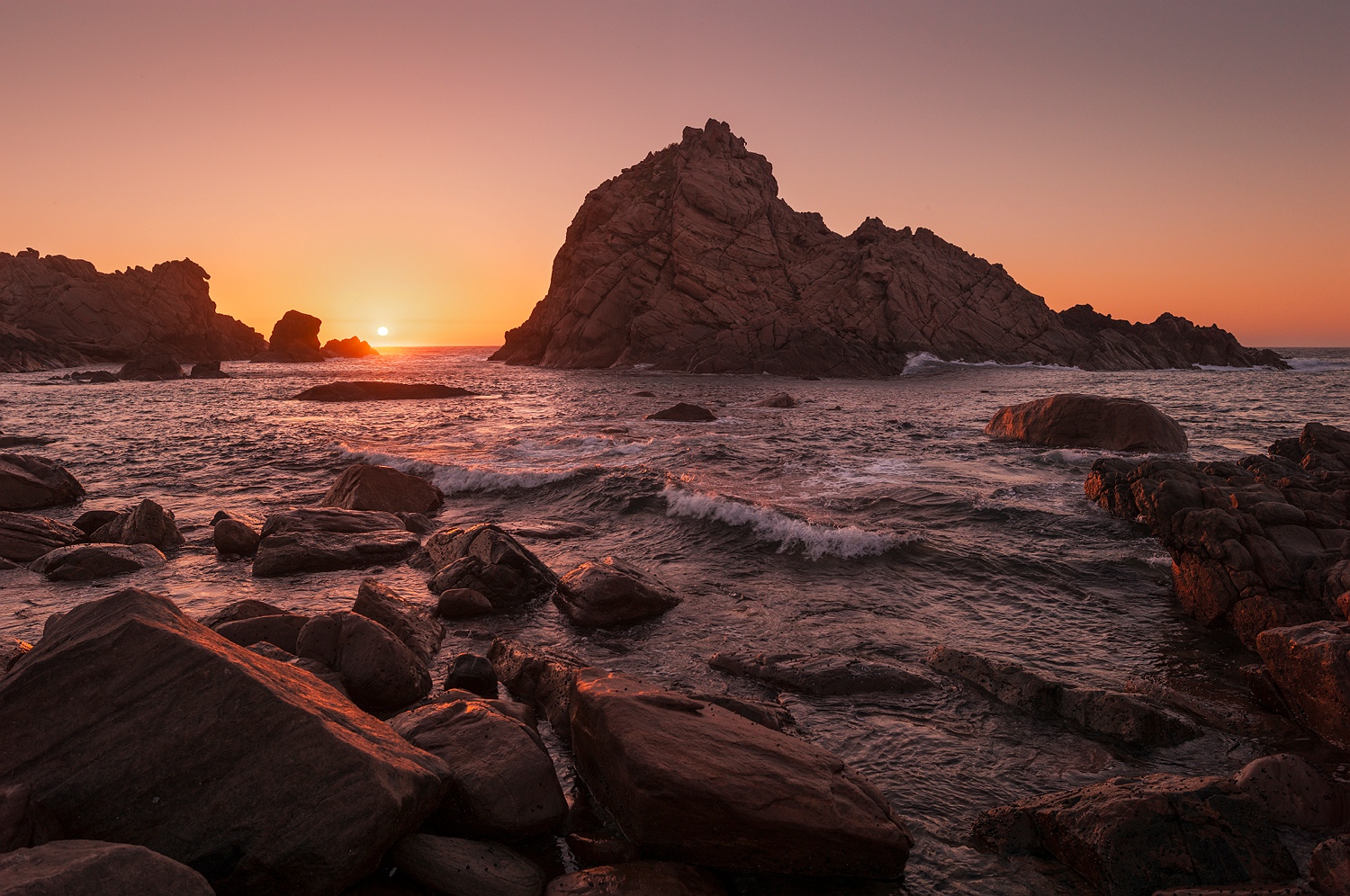 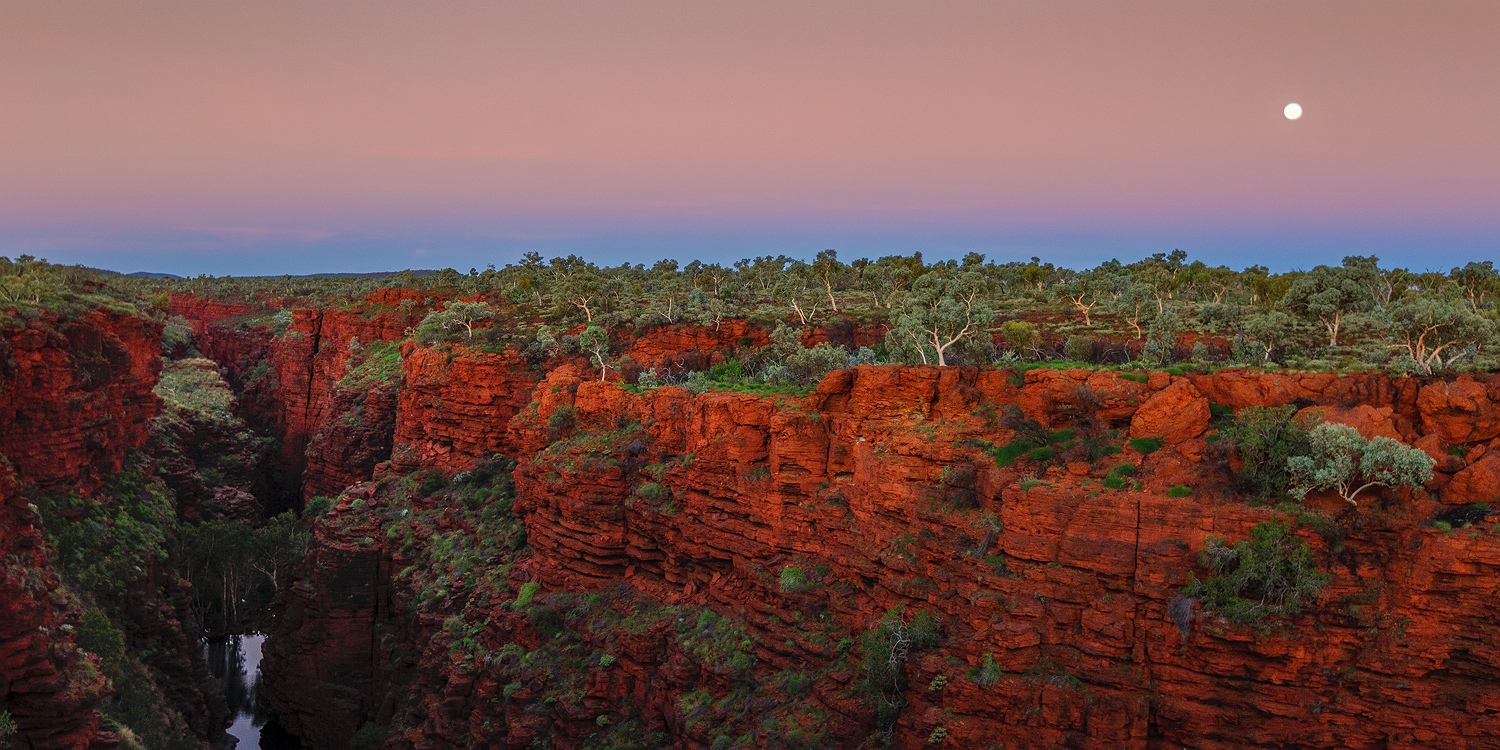 So thankful I am for this life on a beautiful planet such as the Earth. So much to see and to be amazed by. I hope a sense of wonder can fill your life as it does mine. 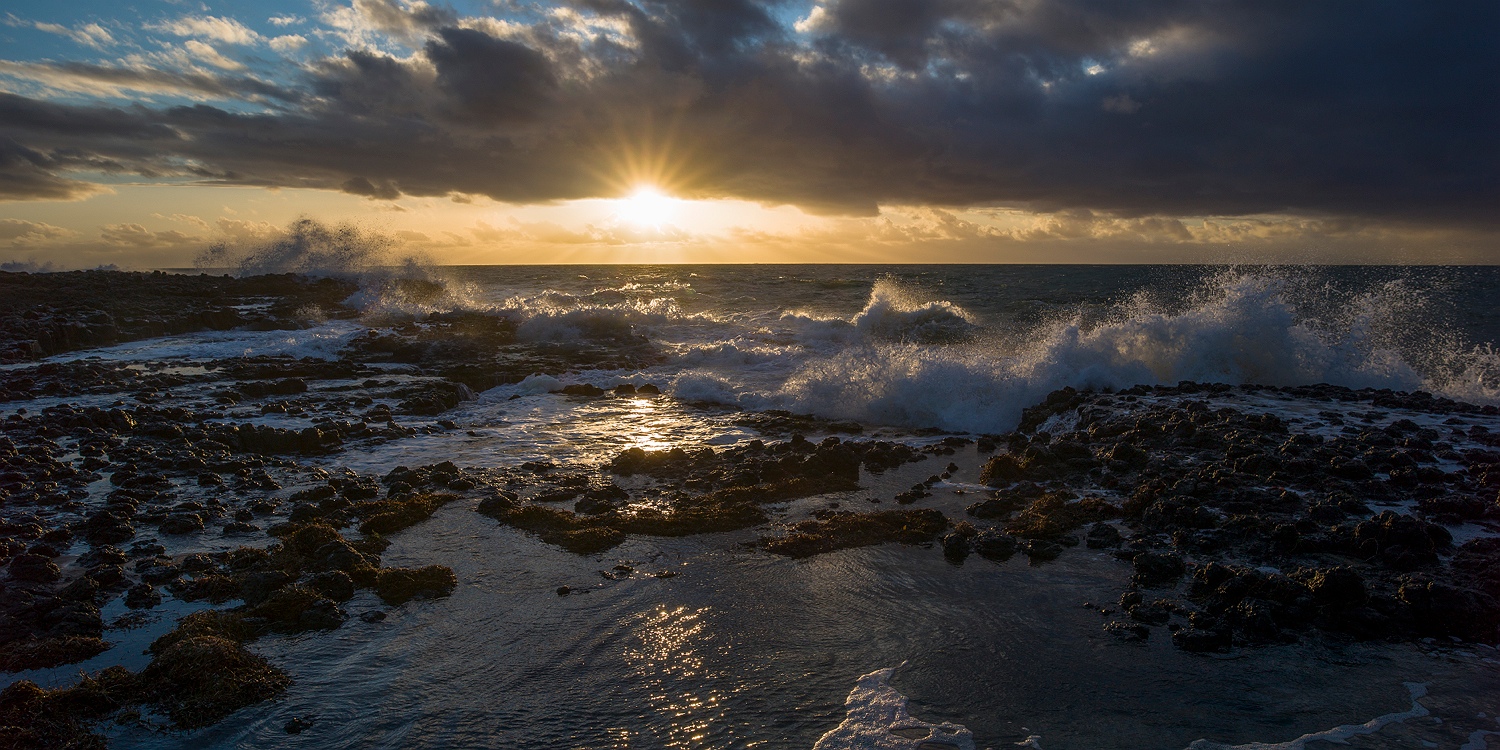