Today we left home hours before dawn to capture a wild bee hive that had set up home in the back yard of a person with bee allergies. They had moved into a possum box up in a tree. The colony had become so large that the weight of the honey broke the supports holding the possum box up, leaving only a couple of nails in some black straps keeping it all together. We climbed ladders, cut the straps, and lifted down the extremely heavy box. Then we transported the box back home to move them into a langstroth bee hive.

We were amazed to see the view inside once we opened the lid. Bees naturally seal any cracks in wood with wax, which acts as a glue. It was so effective here that the hinged lid was capable of holding the entire weight of the bee hive. It took a lot of effort to free it. 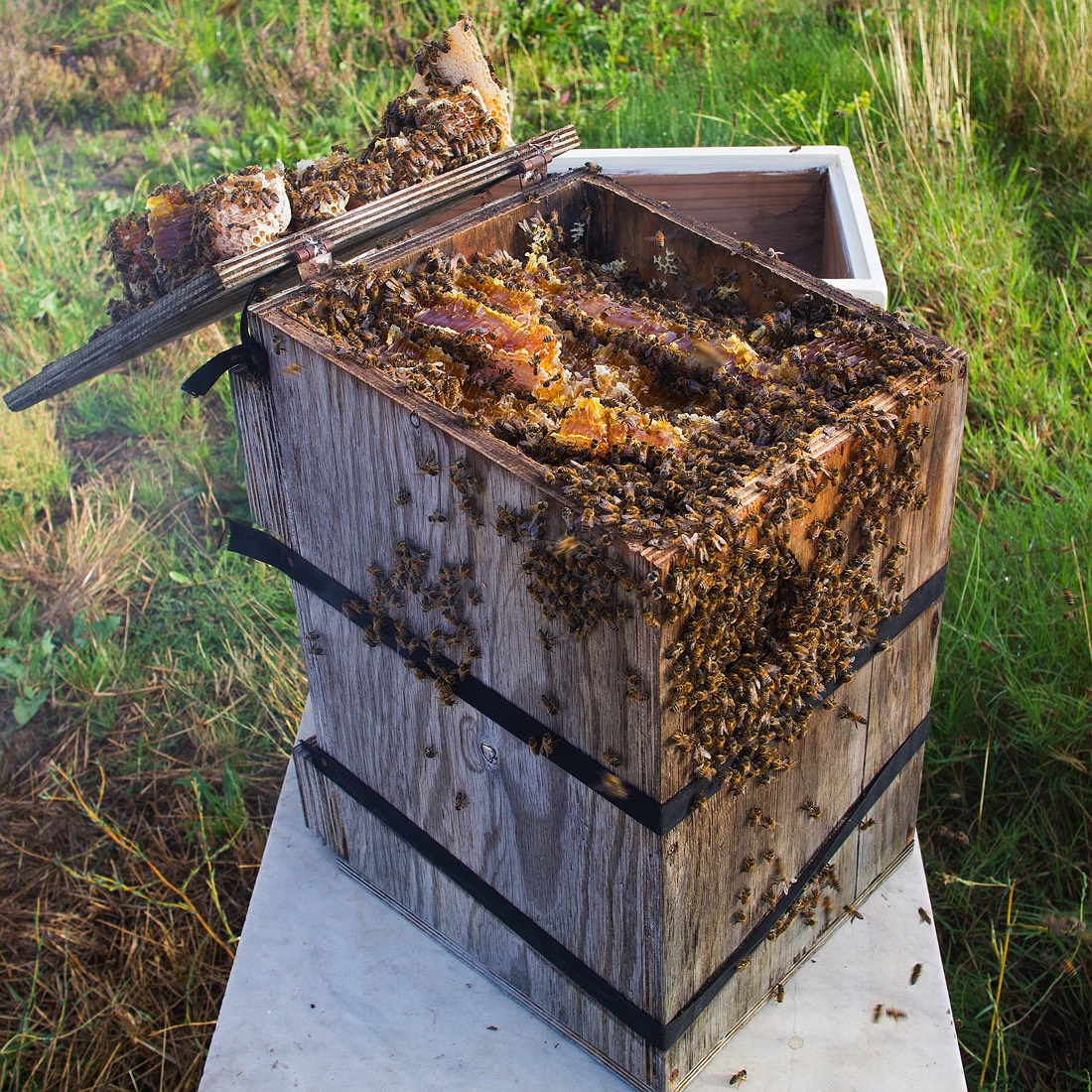 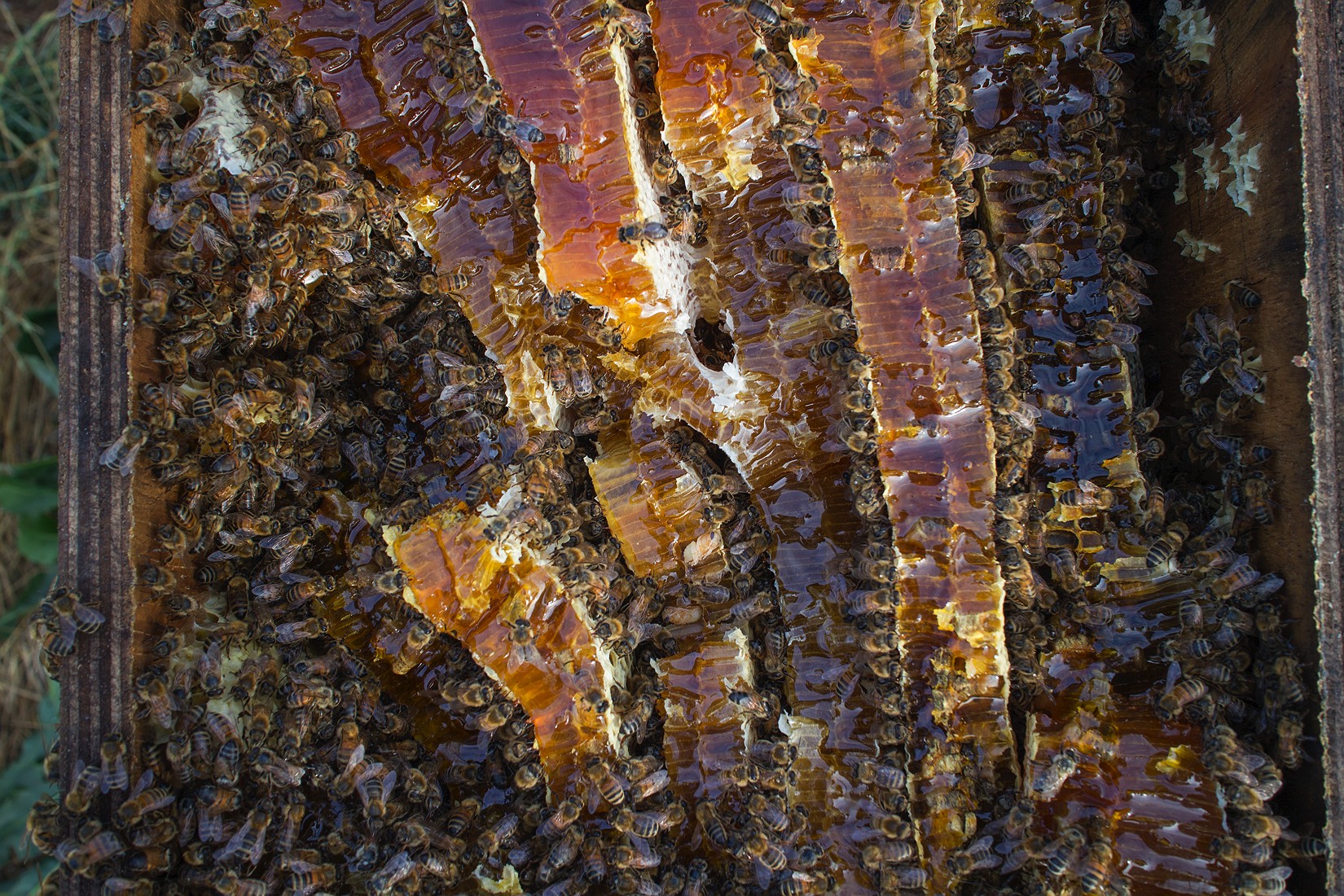 Viewed from the top, it has the appearance of being all honey. The truth is that the queen lays brood deep inside the hive while the workers fill the outside with honey.

As soon as the comb is broken, the workers begin to drink up the sweet honey. You can see their tongues sucking it up in the photo below. 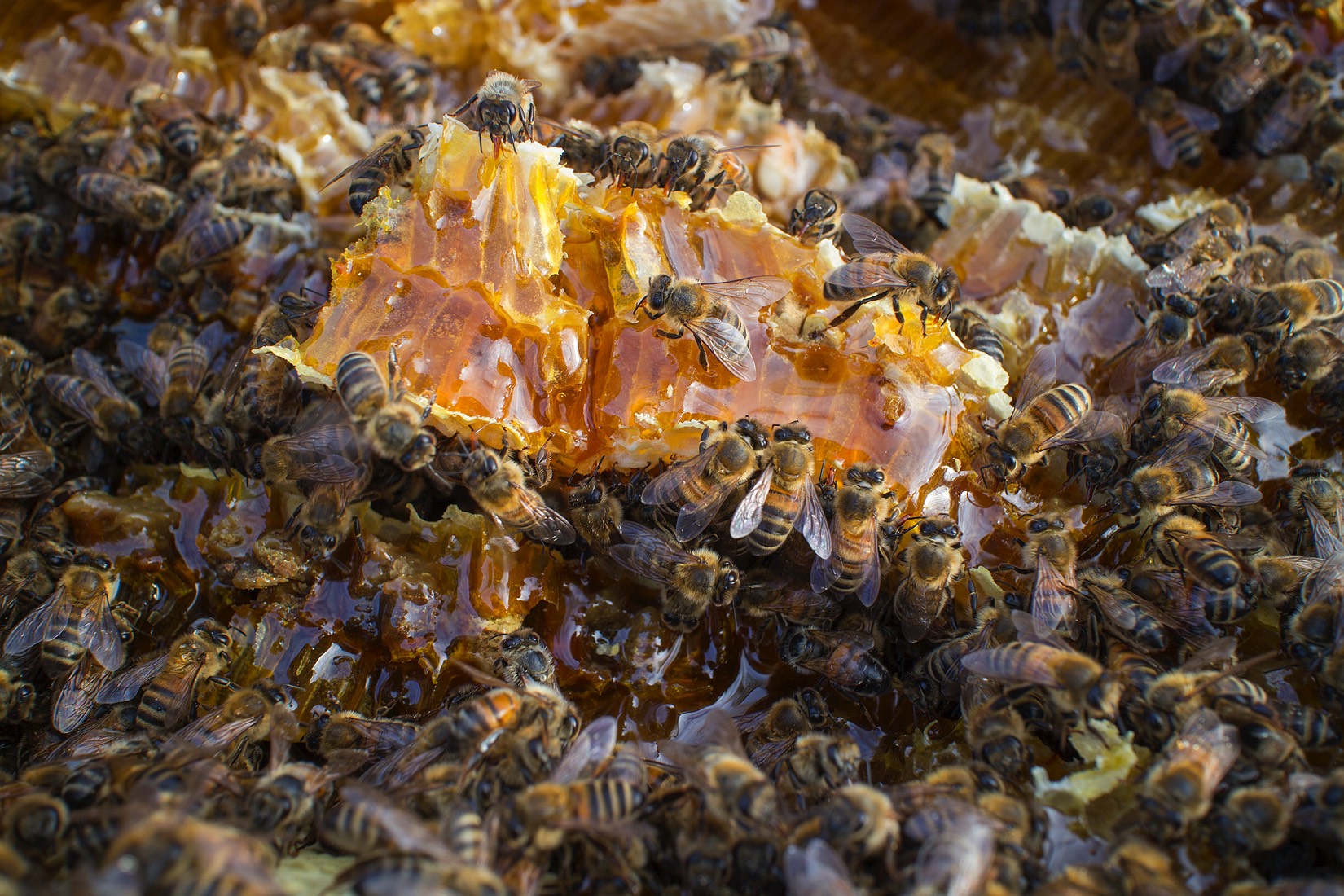 Once we opened up the side of the box we could see the laying pattern of the queen. 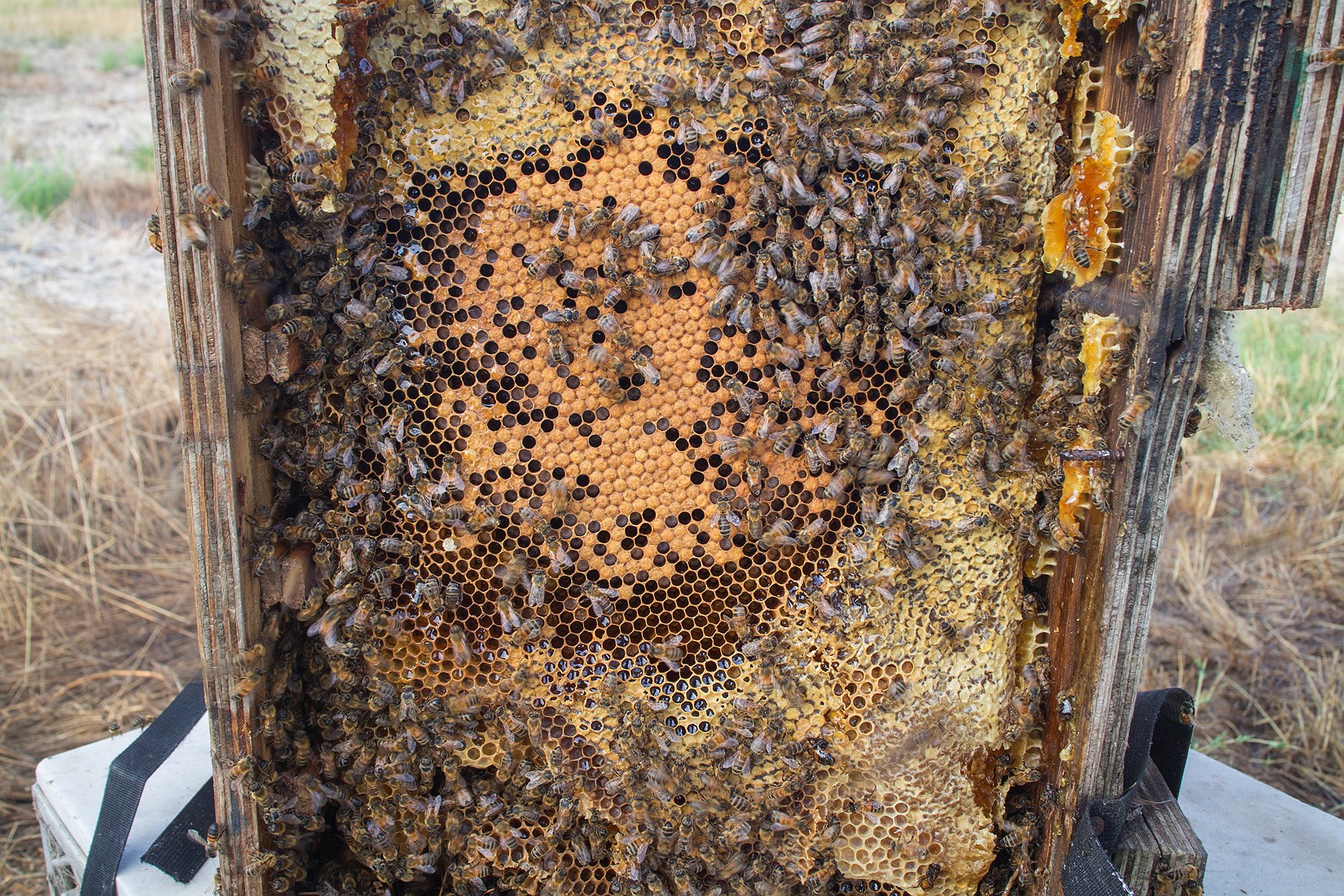 We transferred them to a new box and added many boxes of waxed frames above them to give them room to expand. The next few weeks will involve a lot of work.