How glad I am to live in a city where a new city library is still considered a good investment. The new building is absolutely beautiful. You can see more photos of it’s construction from the page covering the treasury precinct here.

The new City of Perth Library was designed by Kerry HIll Architects and built by Doric Group. With this building Kerry Hill has brought together similar design language from other projects and refined it in what is likely to be considered the most beautiful building in Perth City. 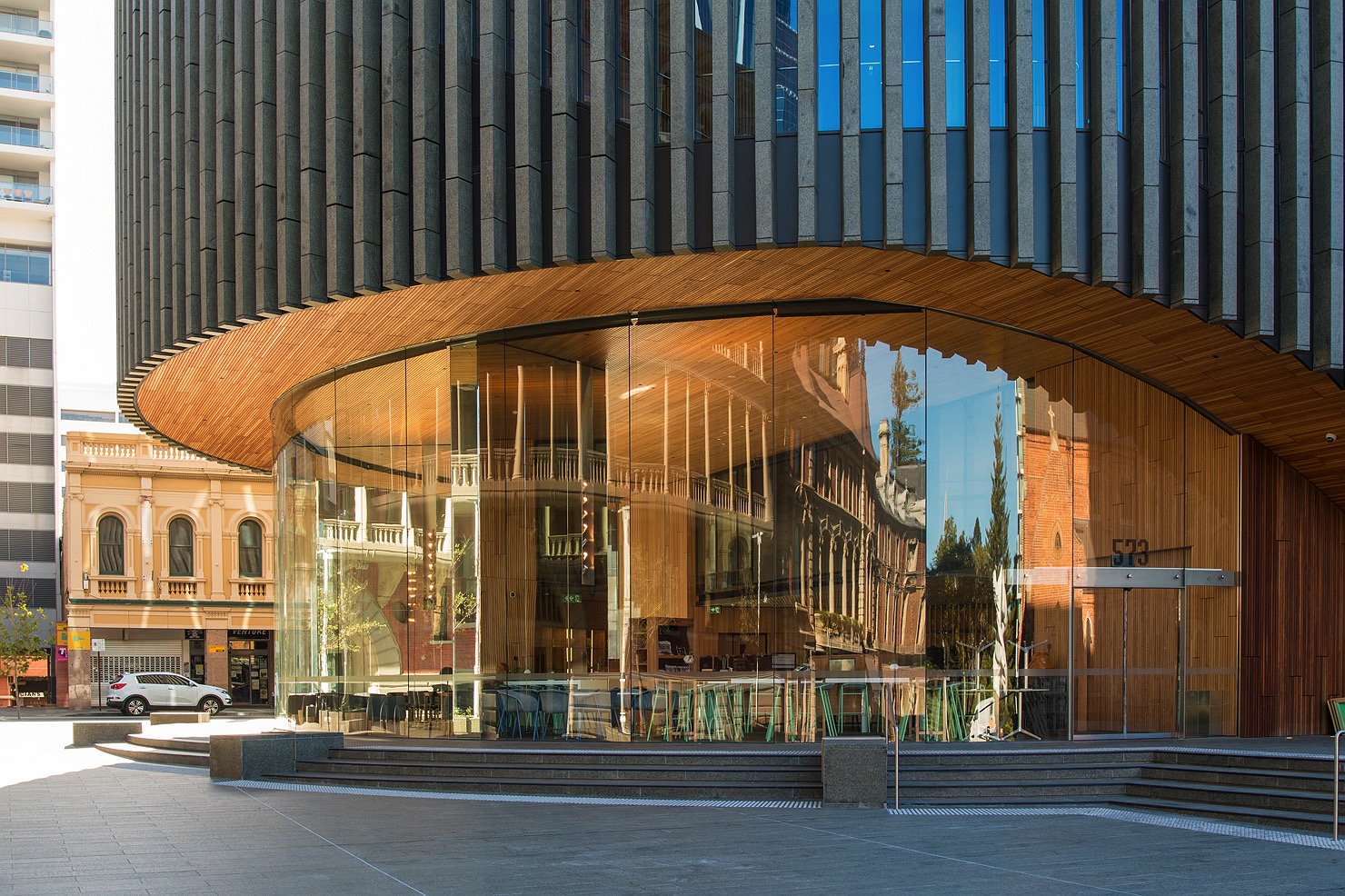 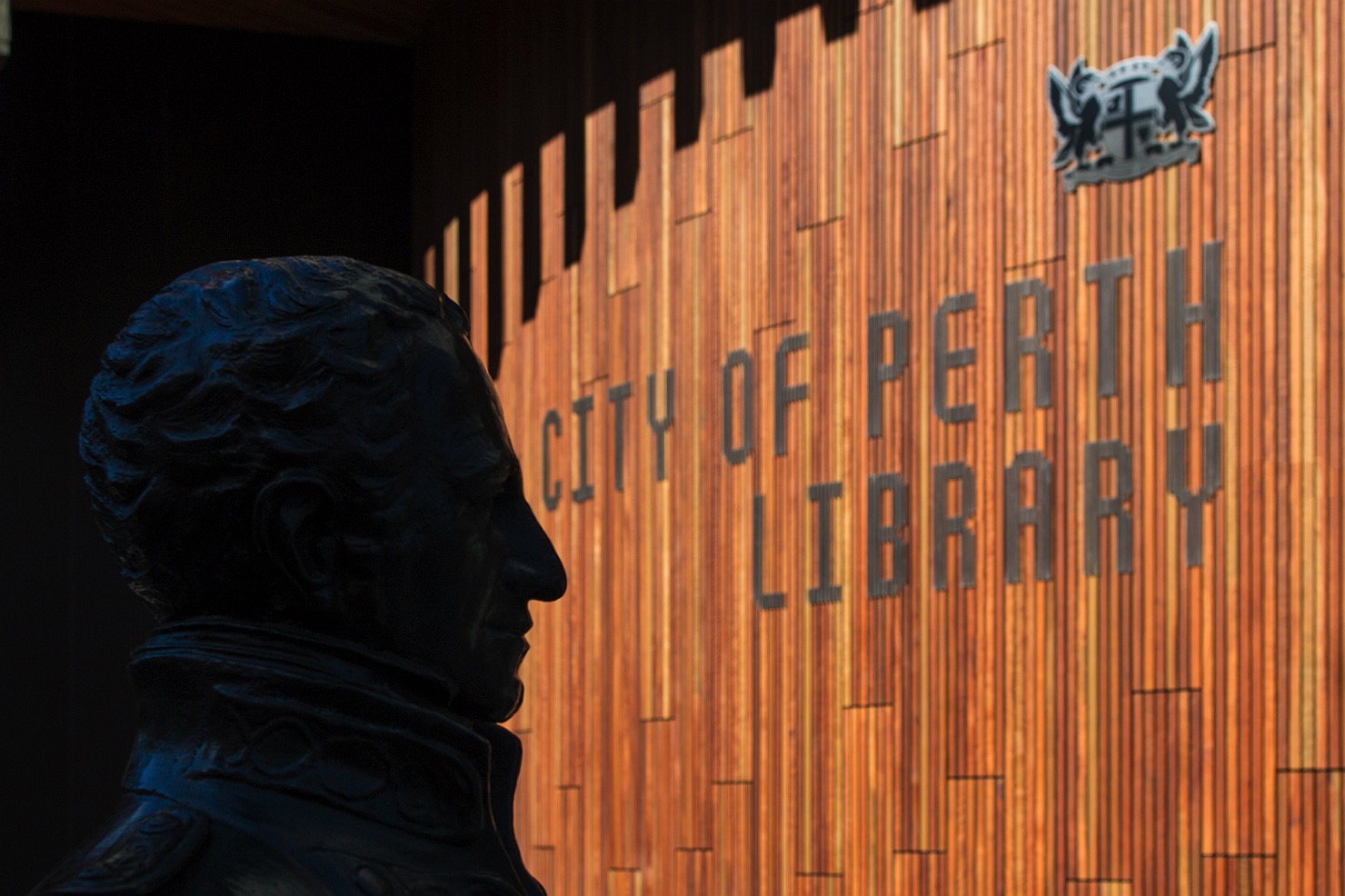 Spanning seven levels, the Library makes use of its cicular shape by staging a stairwell around the outer edge and a massive internal cavity down the center. Each level has a unique appearance that doesnt deviate too much from the whole to be out of place, but enough to give each level a distinct personality that corresponds to the subject matter that it holds. The ceiling of that massive internal cavity has an installation by Andrew Nicholls called ‘delight and hurt not’. It is a visual depiction of the end of Shakespears play The Tempest. 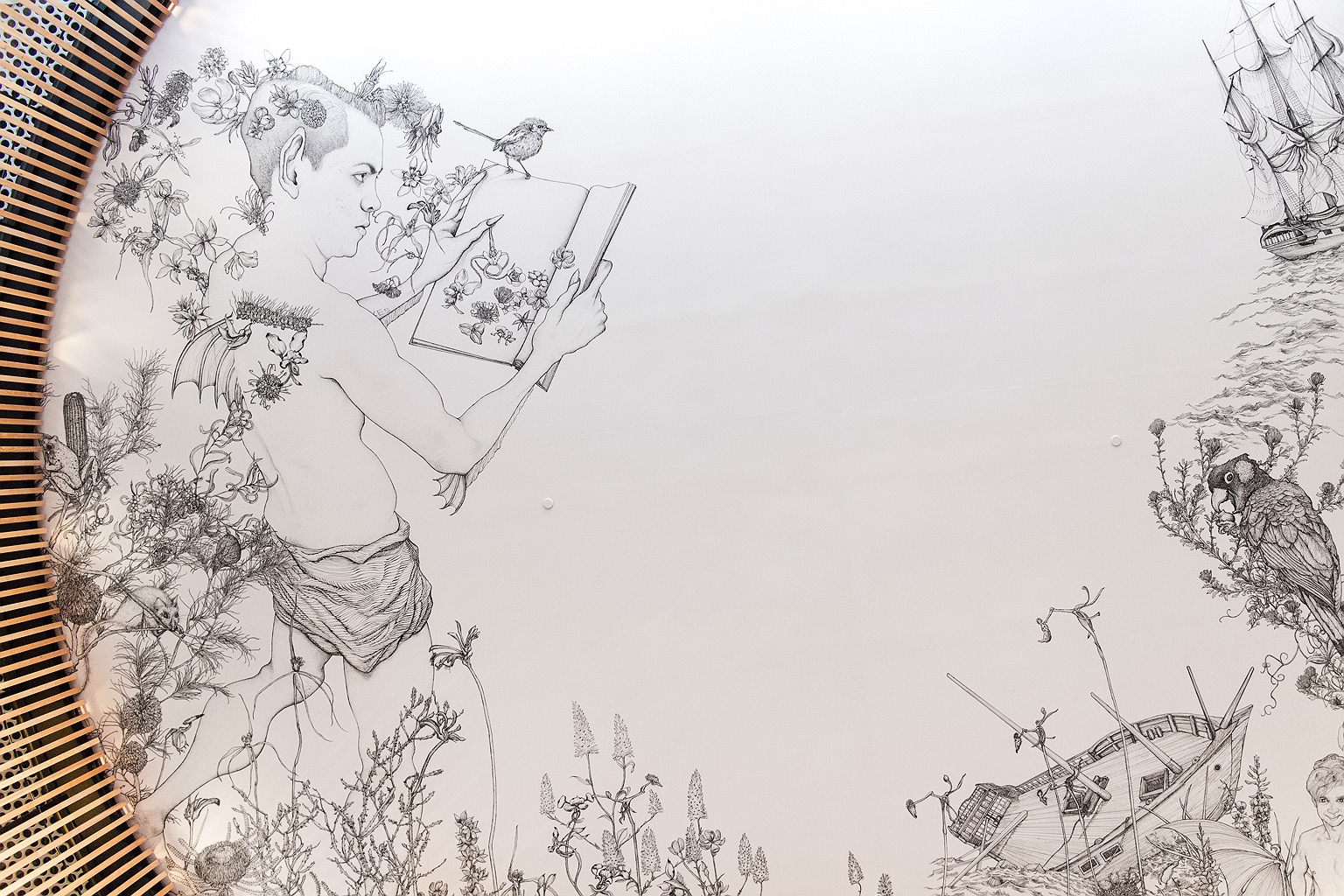 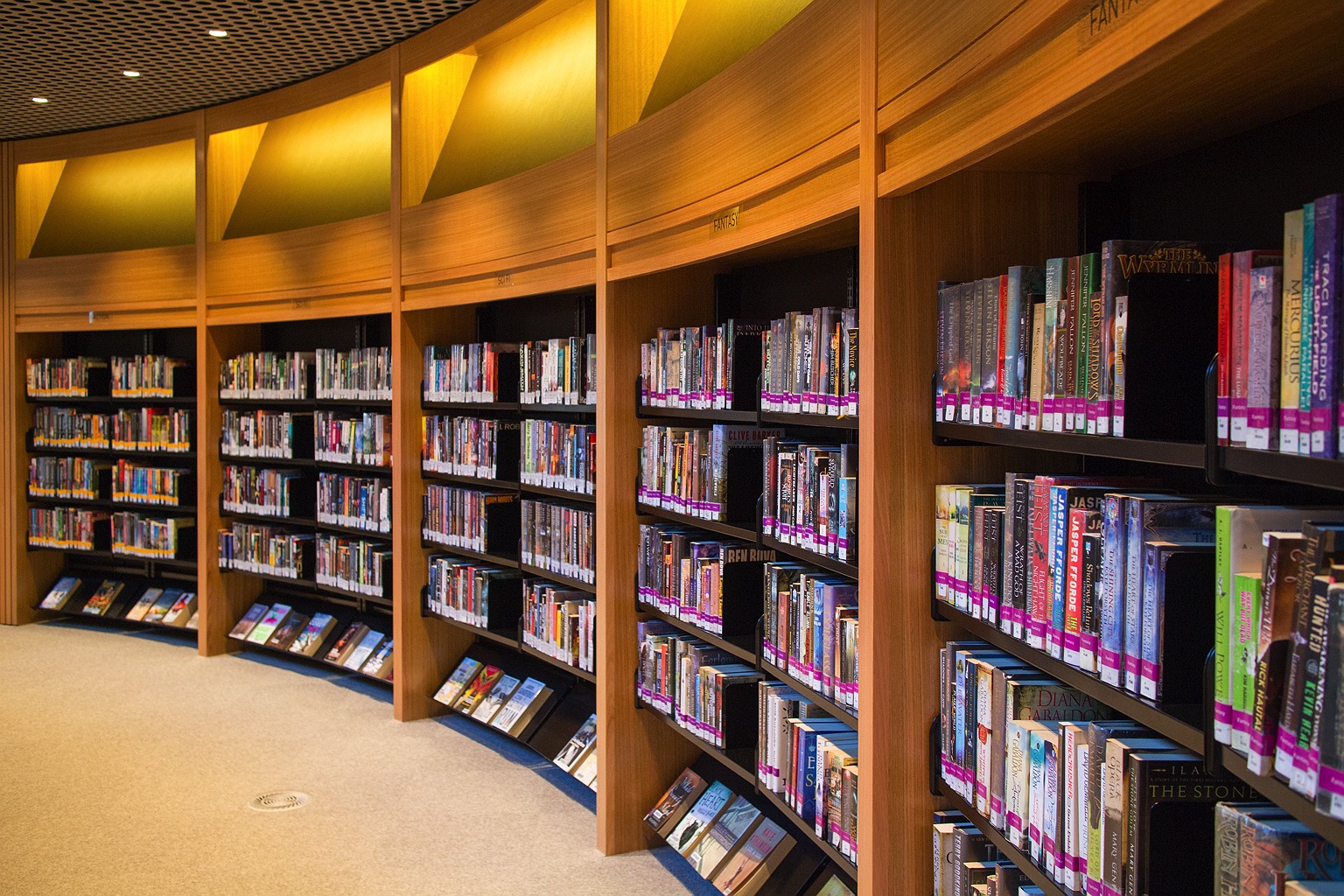 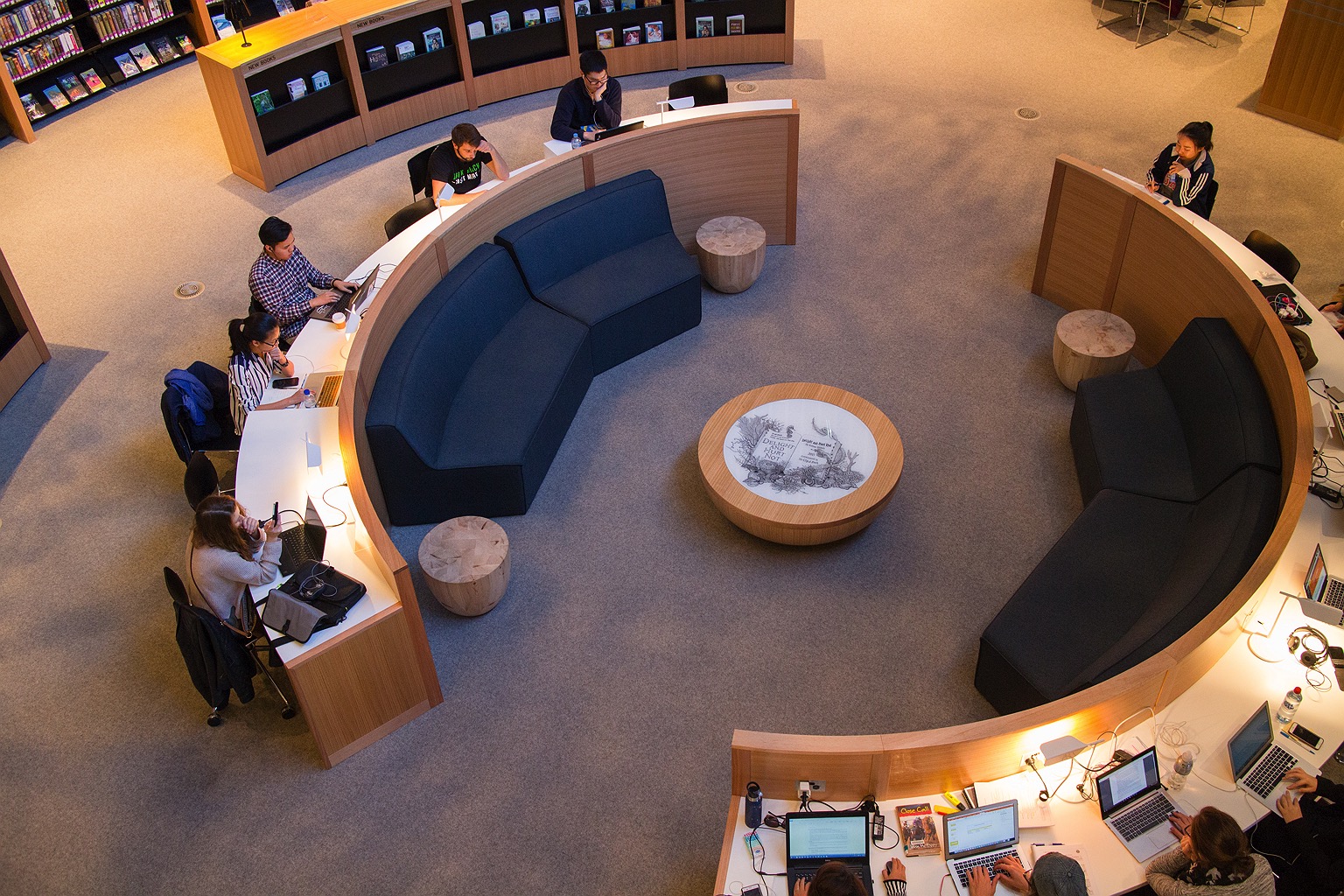 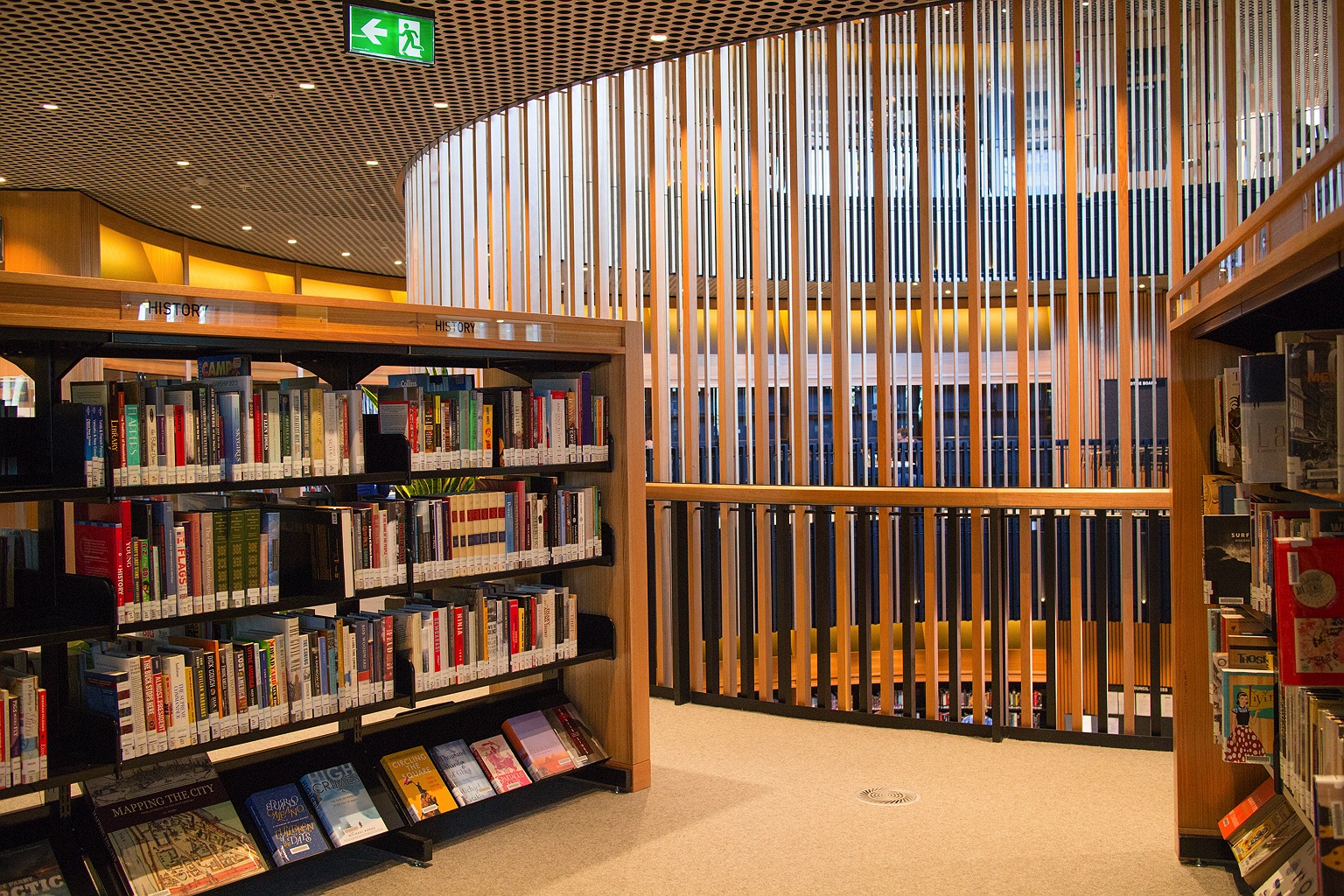 The exterior facade of the building is covered in four kilometers of granite from Norseman, Western Australia.

The open rooftop is accessible as a place to sit down have read, however it is more popular as a lookout point over the treasury and cathedral precinct. 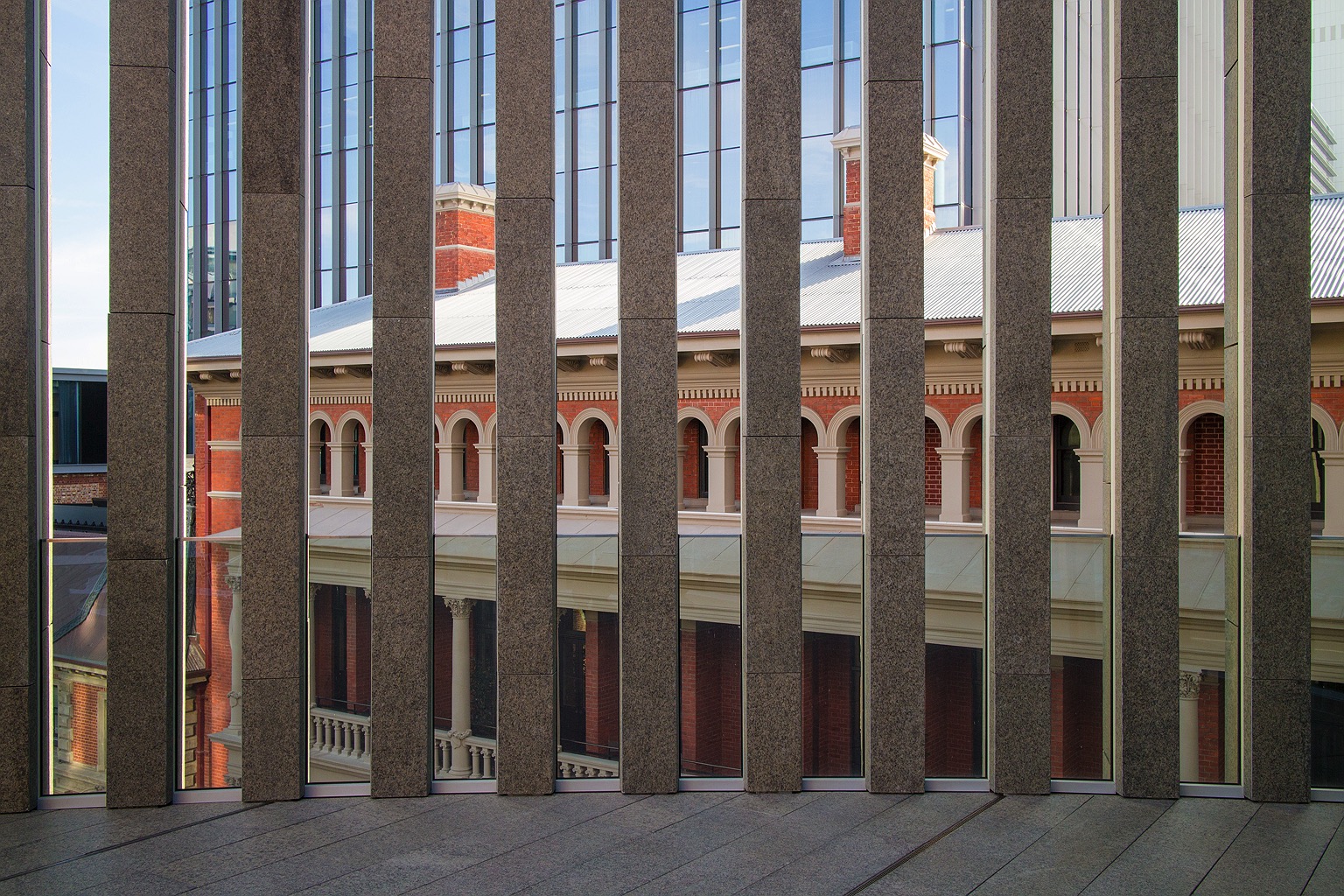 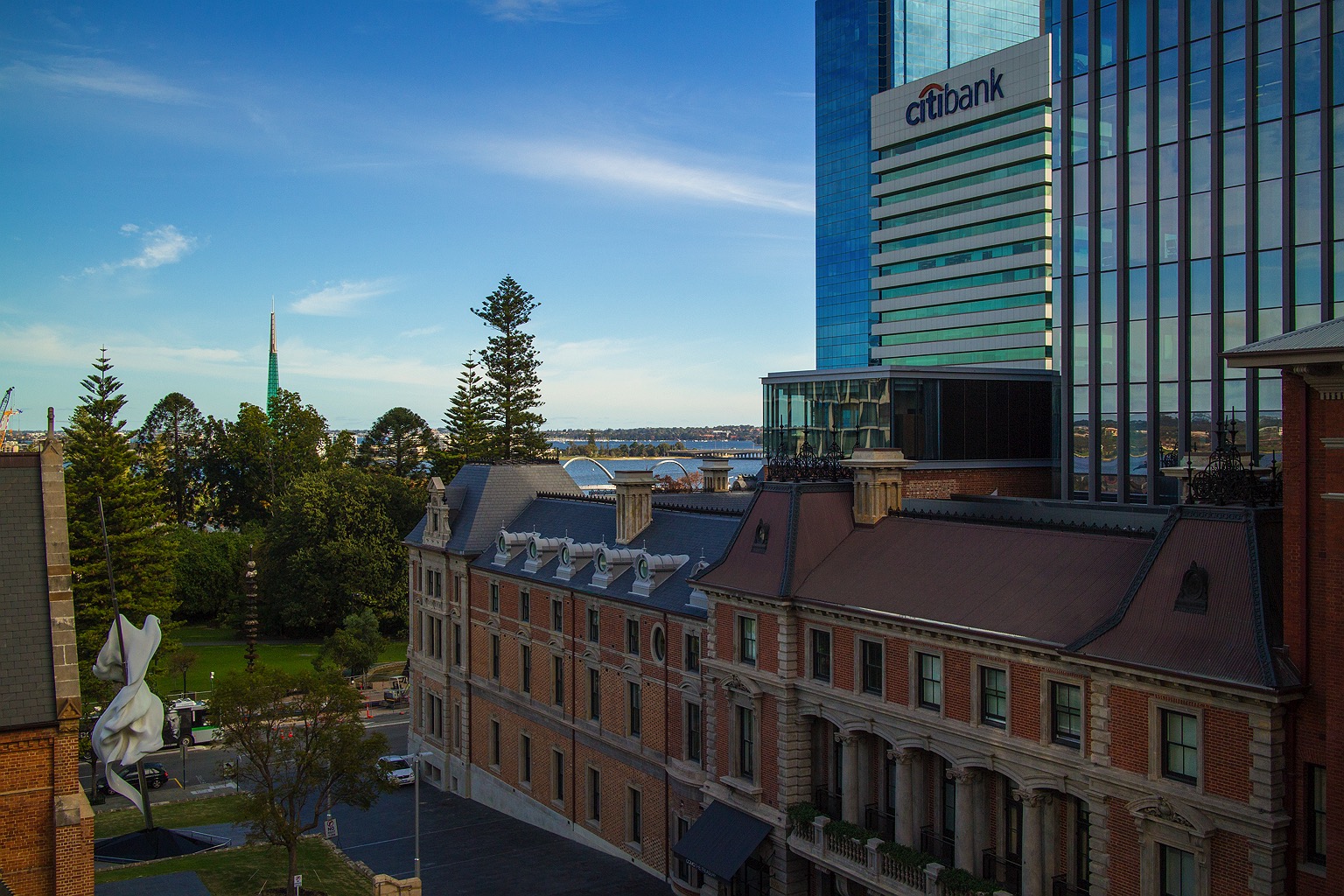